A month and a half after his breakup from Camila Kendra, Tyler Cameron opened up to HL about how he’s doing. Plus, would he ever go on ‘Bachelor in Paradise’ now that he’s single?

Tyler Cameron and Camila Kendra ended their eight month relationship in August. Now, more than a month later, Tyler is doing well and ready to move onto the next chapter of his life. “I learned a lot from that relationship and I’m in a good place now,” Tyler told HollywoodLife EXCLUSIVELY at the Liteboxer Experience Day at Triller House Los Angeles on Sept. 29 “I’m excited for where I’m at. I’m one step closer to the right lady.”

Having his relationship with Camila end also helped Tyler realize what he wants when it comes to a partner in the future. “[I learned] things that I will tolerate and not tolerate going forward,” he revealed. “I’m excited for it and I’m excited for where I’m at to go forward with it.” He also confirmed that he is no longer in touch with Camila, who he said he was “very in love” with at the end of July — less than two weeks before the breakup.

Of course, now that Tyler is single, fans are dying to know if he’ll return to his roots in Bachelor Nation. Luckily, he’s not TOTALLY ruling out the possibility of an appearance on Bachelor in Paradise next summer if he’s still unattached. “I’ll never say never to anything,” Tyler admitted. “I don’t believe in saying no to anything. But with what I’m trying to do with my life right now — no, not right now. I have things I want to do first.” 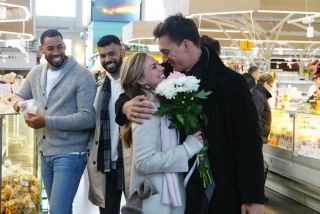 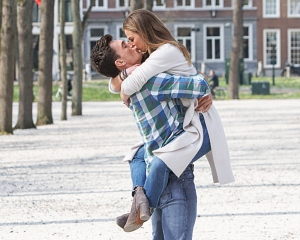 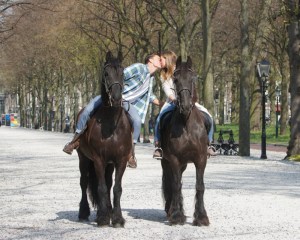 Still Tyler is “incredibly grateful” for how his time on season 15 of The Bachelorette changed his life. “The show has done so much for me and I’m so grateful for it,” he gushed. “It’ll always have a special place in my heart. The fanbase is incredible. They will support you like crazy and tell you how it is.” Of course, being in the public eye has made dating pretty difficult post-show. “I used to be very simple and easy,” Tyler said. “Now, it’s so different. But I’ve learned how to navigate it. Everything is scrutinized by everyone, so I’ve learned how to date privately until it’s the right time to go public.”

Tyler’s time in the public eye isn’t going away, though. Earlier this week, he was confirmed as a cast member on an upcoming dance competition show The Real Dirty Dancing. What some fans may not know, though, is that Tyler actually has some dance experience! “I was two classes away from being a dance minor in college,” he shared. “Not because I was good, but because I gave effort. I was an effort guy. I have so much fun dancing. You’ve got to be vulnerable and can’t hold back.”

The show was inspired by the movie Dirty Dancing, and Tyler said that fans of the movie will definitely feel “nostalgic” when they watch. “We really hit on all of the iconic scenes and iconic moments,” he reveled. “We are at where it all was shot. It was an honor to be part of it. We are competing to be the best Johnny and the girls are competing to be the best ‘Baby.’ Trying to fill those shoes of Patrick Swayze is truly an honor.”