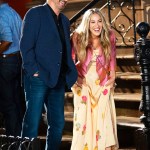 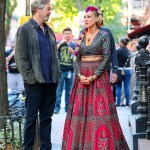 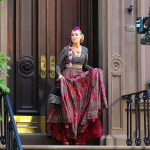 ‘Sex and the City’ stars are ‘devastated’ and ‘overwhelmed’ after hearing about Willie Garson’s heartbreaking death.

The stars of Sex and the City are devastated beyond belief after learning about Willie Garson‘s passing. After the actor’s friends and family revealed the shocking news of his death on Sept. 21, Willie’s co-stars took to social media to mourn him and share their grief.

Sarah Jessica Parker, who played Carrie Bradshaw in the hit HBO series and movies, waited a few days before she paid tribute to Willie. On Instagram, Sarah said that losing Willie — who played Stanley Blatch, Carrie’s best friend outside her core group of four women — has “been unbearable.” The actress noted all the memories that two had made together both onscreen and off. “Willie. I will miss everything about you. And replay our last moments together. I will re-read every text from your final days and put to pen our last calls,” she wrote. “Your absence a crater that I will fill with blessing of these memories and all the ones that are still in recesses yet to surface.
My love and deepest sympathies and condolences to you dear Nathen. You were and are the light of Willie’s life and his greatest achievement was being your Papa. These were his last words to me. ‘Great bangles all around.’Yes.Godspeed Willie Garson.”

Cynthia Nixon, who played Miranda, shared a photo of herself with Willie on Instagram and said, “So deeply, deeply sad we have lost @Willie.Garson. We all loved him and adored working with him. He was endlessly funny on-screen and and in real life. He was a source of light, friendship and show business lore. He was a consummate professional — always. My heart goes out to his son, @Nathen_Garson. Nathen, I hope you know how much he loved you and how proud he was to be your dad.”

'Sex and the City': The Ladies' Boyfriends & Husbands

Kim Cattrall mourned the loss of Willie as well in a Twitter post. “Such sad news and a terribly sad loss to the SATC family. Our condolences and RIP dear Willie xo,” the actress, who played Smantha, tweeted, along with a photo from the show. Meanwhile, Kristin Davis, who played Charlotte, said on Instagram that Willie was “beloved by our entire community,” and “was smarter and funnier than you ever would have imagined.” Kristin added, “The outpouring of love is earned dear Willie. I am thankful for all of the time we had and grateful that so much of your bright light is on film forever. Maybe we can do our pod cast the next time around ? We love you forever xoxo.”

Mario Cantone, who played Willie’s on-screen love interest in the Sex and the City movies, wrote on Instagram, “I couldn’t have had a more brilliant TV partner. I’m devastated and just overwhelmed with Sadness. Taken away from all of us way soon. You were a gift from the gods sweet Willie. Rest …I love you.” Meanwhile, Evan Handler, who plays Charlotte York’s husband Harry Goldenblatt took to Twitter and said, “This is a tragedy for the entire #SATC #AJLT family, for Willie’s family, and for the world. Willie was a prince, the Mayor of every group he ever existed within, and – most importantly – a parent. My heart grieves for his son. A consumate funny man. Bless you.” Chris Noth, who played Carrie’s love interest, Big, paid tribute to Willie as well, sharing two broken heart emojis alongside a pic of the late actor from the show.

Following the actor’s passing, HBO told us, “Willie Garson was in life, as on screen, a devoted friend and a bright light for everyone in his universe. He created one of the most beloved characters from the HBO pantheon and was a member of our family for nearly twenty-five years. We are deeply saddened to learn of his passing and extend our sincere condolences to his family and loved ones.”

A Sex and the City revival series, titled And Just Like That, is set to premiere later this year on HBO Max. Willie had already filmed a number of scenes for the new series.