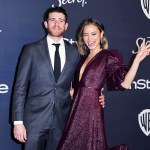 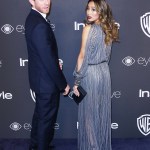 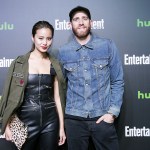 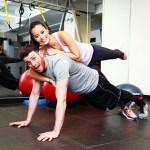 Jamie Chung spoke EXCLUSIVELY with HL about her upcoming role in the ‘Dexter’ revival, getting pushed out of her ‘comfort zone’ in ‘Lovecraft Country,’ and date nights with her husband!

Jamie Chung is on a roll. After her incredible performance in Lovecraft Country, she has joined the cast of Dexter: New Blood, which will premiere in November. HollywoodLife got some EXCLUSIVE scoop from Jamie about her role in Dexter Morgan’s new world.

“Molly is a confident, accomplished, and self-made journalist,” Jamie told HollywoodLife while discussing her partnership with Meiomi Wines. “She found a lot of success as a true-crime podcaster, and as I’ve mentioned before is new to the world of Dexter and you can imagine how that shakes things up in his quiet world.”

Jamie added, “She is sassy, unapologetic, and a damn good armchair detective. I also like to think that she adds a lot of color and fun to this revival series.”

The actress admitted that she was “obsessed” with the original series. “I was recently reminded of an interview I did from almost 10 years ago, where I named Dexter as one of my dream jobs! Serendipity at its finest! It was also delightful playing a character who’s made a name for herself in the true-crime podcast world, adding a new threat to Dexter and his true identity.”

Jamie was one of the stars of Lovecraft Country, which earned 18 Emmy nominations. The actress said playing Ji-Ah was “one of the highlights” of her career. “It was so special diving into the Korean War and seeking help from my family, using their memories and experiences to better understand the times and help mold Ji-Ah’s world. War stories are usually told from a soldier’s perspective, so it meant a lot that we finally told the story from a female perspective. Working on this show gave me so much confidence as an actor and made me see value in all stories. It gave me the ability to play a character that was layered, complicated, and exciting, which I don’t think I’ve had the chance to do until now. I had to sing, dance, and fight. I was pushed out of my comfort zone physically and having to speak two different languages in a project helped me grow as an actor. My character went through so much turmoil and self-discovery which mirrored my experience playing Ji-Ah. I really feel like this was a turning point for me personally and professionally, and I couldn’t be more grateful to be part of the show.”

Jamie also revealed how her date nights with husband Bryan Greenberg have changed since the pandemic began. “Like everything else, we had to get creative with our date nights since the pandemic started,” Jamie told HollywoodLife. “We started collected and trying new recipes from the NYT’s Sunday Section. Bryan and I are lucky in that we share a lot of the same hobbies: we both like cookouts and hosting outdoor dinner/cocktail parties, and we’ve both been getting into golf. Bryan and I love to break out our putters after dinner and play some friendly backyard mini golf. We are VERY competitive, and we get very creative with the shot setups. Anytime we can spend time together doing something fun, we manage to have a great time. Usually, it’s over a glass of Meiomi Pinot Noir or Rosé as well.”

As Jamie and Bryan have had to adapt, they’ve come up with entertaining tips that they’ll keep long after the pandemic is over. “I think the biggest thing, especially in these times, is setting up a space outside that has everything you need,” she continued. “Prep as much as you can in the kitchen and with your setup. We host all of our summer gatherings outside, typically kicking off the festivities an hour or two before sunset to coincide with peak golden hour. We have this amazing backyard bar that prevents guests from having to go in and out of the house for refreshments.”

One of Jamie’s unique entertaining tips is mini-golf! “Bryan and I are big golfers, another shared interest of ours, and we love to set up some mini-golf in the backyard,” Jamie said. “We love taking part in the #MeiomiPuttOff – it’s a fun twist on typical putting where you try to make a hole-in-one while holding your glass of wine in the other hand.” Meiomi is the official wine of the PGA Tour.