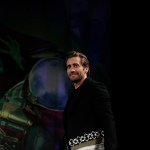 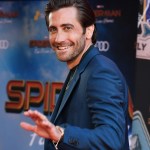 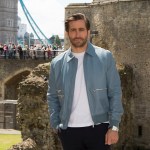 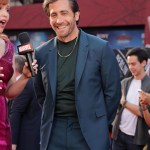 Jake Gyllenhaal bumped into his doppelgänger while on a stroll in Venice during the city’s annual star-studded film festival.

Who wore it better? That’s the vibe after a hilariously awkward run-in Jake Gyllenhaal had on Wednesday, September 1 during the 78th Venice Film Festival with a man dressed as one of his iconic, movie characters. The 40-year old actor snapped a couple photos of the man donning the full suit and armor of Mysterio, the supervillain Jake played in 2019’s Spider-Man: Far From Home, while he was cruising the canals. Fun Fact: Venice is actually the same location where Mysterio and Peter Parker meet for the first time in the Marvel blockbuster! What are the odds!

In the first pic Jake posted, the bathing-optional A-lister snapped a selfie with his evil twin in the background standing on a bridge over one of the city’s famed canals. Jake wore a green and multi-colored striped bowling shirt over a white tee, while hiding his furrowed brow behind a cool pair of shades. The second photo – and probably our favorite – showed Jake’s look-alike posing like a warrior in front of the camera while Jake stood in the background just trying to keep up, as he flashed the same kind of pose. “Ran into an old friend in Venezia,” he captioned the pic.

These two weren’t the only ones doing a double take! Josh Gad, who co-starred alongside Jake in the 2010 drama Love & Other Drugs, left simple instructions for the star. “Take. Him. Out.,” Josh jokingly wrote in the comments section. 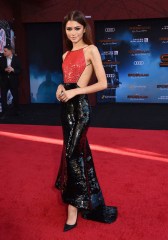 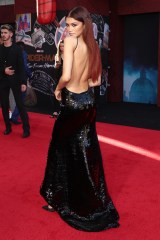 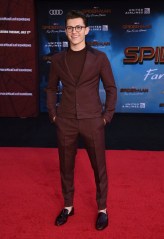 While Jake may not have a movie premiering at the Venice Film Festival this year, he does have an upcoming movie on the way with Netflix, called The Guilty, set to launch next month. In the meantime, the Nightcrawler actor likely came to support his older sister, Maggie Gyllenhaal, who’s making her directorial debut at the festival with her movie, The Lost Daughter, starring Olivia Colman and Dakota Johnson.