The cast of Teen Mom: Young & Pregnant might not have all of the answers, what they do know is that motherhood is one tough, never-ending job. As you can see in the super-tease trailer for Season 3, which was EXCLUSIVELY obtained by HollywoodLife, the six women — new moms Madisen and Kayla J join Brianna Jaramillo, Kayla Sessler, Rachel Beaver and Kiaya Elliott — are still learning the ins-and-outs of motherhood, while simultaneously figuring out who they are themselves. And this season looks like it’s going to be jam-packed full of drama. 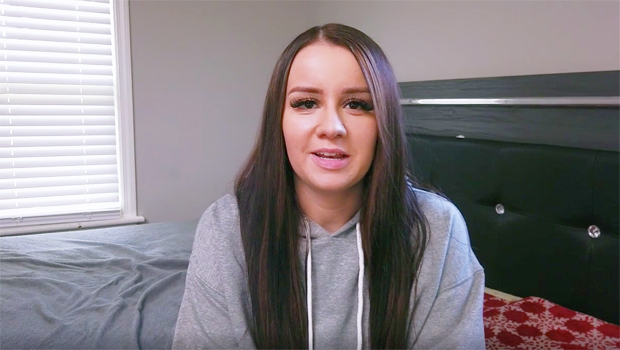 According to MTV’s press release, here’s what fans can expect:

“Kayla’s boyfriend Luke is thinking about adopting her son Izaiah. However, the two have dealt with infidelity in their relationship and decide to start couple’s therapy. To make matters more complicated, a surprising ex returns to Kayla’s life and demands a paternity test – throwing a wrench in Luke’s adoption plans.

“Kayla J is struggling to deal with her on and off relationship with her best friend and child’s father, Makel. While she understands why he needs to “do him” right now and date other people, she becomes enraged when Makel keeps bringing new girlfriends around their daughter, Mecca. Kayla attempts to lay down the law, causing a bitter “he said, she said” battle. Can they come to the table for Mecca’s sake, or is Kayla’s hurt over Makel’s lack of communication and ending their relationship too much for her to handle?

“Even though Kiaya and Teahza are not together, everyone around them thinks they are in a relationship. While the two adamantly push back on the label, Teahza is always there to help support Kiaya’s son Amour. With Amour’s father still in jail, Kiaya must continue to navigate tensions with his mom Carla.

“Brianna is on the verge of 21 and fighting for her independence from her mother, whom she feels still treats her like a child. On top of that, drama ignites with her best friend Ashley when Brianna becomes embroiled in a complicated new relationship.

“Despite trying to make things work with her daughter’s dad Christien, Madisen’s first year of parenthood wasn’t what she expected. With the support of her father Nick, Madisen is committed to making it happen on her own, and new beginnings may be on the horizon.

“Rachel is on good terms with Hazelee’s dad and is hoping he’ll get it together once and for all… until suddenly he gets arrested and is back in jail. Even though Rachel is tired of living with and fighting with her mom, she struggles to not be dependent upon her.”

What’s interesting is that Kayla is also seen nearly getting into a physical fight in the trailer. But it doesn’t appear as though her fight is with her ex’s mom, who Kayla was seen fighting with in a preview clip that aired during the Teen Mom 2 reunion special. Clearly, it’s going to be a wild season and we’re ready for the ride!