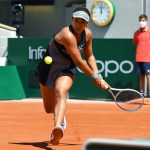 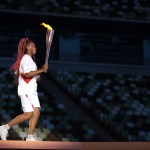 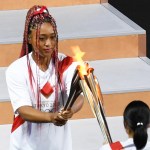 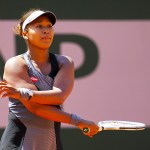 Naomi Osaka was left in tears during a press conference after a reporter asked her about the devastating earthquake in Haiti, which killed over 1,400 people.

Naomi Osaka, 23, broke down in tears on Monday (Aug. 16) while speaking to reporters at her first press conference since withdrawing from the 2021 French Open. The legendary Japanese athlete was asked about her ongoing preparations for the hard-court tennis season and how she feels about the 7.2 magnitude earthquake in Haiti, which has killed over 1,400 people, when she became engulfed with emotions. Naomi, who has pledged to donate her winnings from the upcoming Western & Southern Open to Haiti, and whose father is Haitian, tried to fight back tears while attempting to answer the questions. Watch the emotional moment below.

Naomi Osaka bursts into tears and exits podium while addressing how she has felt since withdrawing from French Open. pic.twitter.com/xBn8XRF8FB

As Naomi put her head down to lightly cry, the reporter who brought up the Haiti earthquake said, “Sorry.” Naomi then picked her head up and responded, “No, you’re super good,” before she continued to wipe tears off her face. That led the moderator to announce that they were taking a break, and Naomi stepped away for a few minutes before moving on to speak with Japanese media.

Naomi got upset during the press conference even prior to the mention of the Haiti earthquake, and that was due to a question from Paul Daugherty, a Cincinnati Enquirer reporter. Per ESPN, Paul asked the four-time Grand Slam champion how she balances not being “crazy” about the media while also having “outside interests that are served by having a media platform.” Naomi struggled to understand the question, and even asked Paul to elaborate on it before she gave her answer. 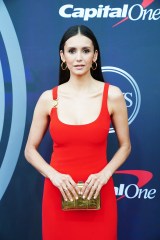 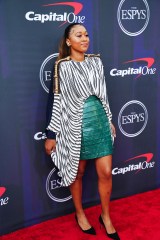 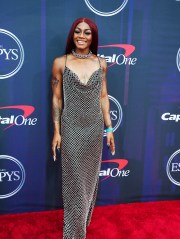 “Ever since I was younger, I’ve had a lot of media interest on me, and I think it’s because of my background, because in the first place I am a tennis player, that’s why a lot of people are interested in me,” she explained. “So I would say, in that regards, I’m quite different to a lot of people and I can’t really help that there’s are some things that I tweet or some things that I say that kind of create a lot of news articles or things like that. But I would also say, I’m not really sure how to balance the two, I am figuring out at the same time as you are,” Naomi added. Paul’s question to Naomi drew backlash, and the tennis star’s agent later called the reporter “a bully,” according to CNN.

Naomi has been open and honest about her struggles as of late. In May 2021, she withdrew from the French Open tennis tournament, citing her mental health. She also pulled out of the Wimbledon tournament a few weeks later. Despite pulling out of the major tournaments, Naomi sparked a very important and open conversation about mental health and sports. She wrote in a July Time op-ed that a number of celebrities had reached out to her after she pulled out of the tournaments, including Meghan Markle, former First Lady Michelle Obama, and even former Olympian Michael Phelps.