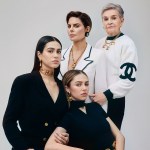 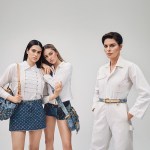 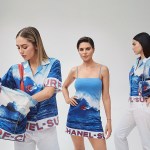 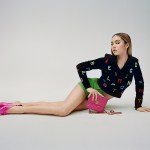 Lisa Rinna also shared that she and husband Harry Hamlin are ‘thrilled’ for Amelia’s 10 month romance after initially having reservations.

Lisa Rinna seems to have come around on 20-year-old daughter Amelia Hamlin‘s romance with Scott Disick, 38. The Real Housewives of Beverly Hills star revealed that Amelia is “very happy” with the Talentless designer during an interview with Andy Cohen on Watch What Happens Live, who asked her how she feels about the two dating.

“How do you think I feel?” Lisa began. “Listen, I will say this: Amelia’s very happy right now and you really want your kids to be happy, so Harry and I are very thrilled that she’s happy,” she added, mentioning her husband and Amelia’s father Harry Hamlin, 69. The couple are also parents to daughter Delilah Bell Hamlin, 23.

Lisa’s comments come several weeks after she seemingly expressed concerns about the 18 year age gap between the two in an episode of Real Housewives of Beverly Hills, which was hot last fall. The Days of Our Lives star initially brushed off the rumors, dubbing it a “WTF moment” when she realized Scott and Amelia were more than “friends.” She then exclaimed that Amelia is “19” and Scott is “37 with three kids…hello!”

The actress admitted she knew there was “something to it” after Amelia sent photos to Lisa from a beach date with Scott — likely the same one the pair were spotted on last November, followed by a date to Tony Taverna’s at the Malibu Country Mart. The photos were about a week after Scott and Amelia first sparked relationship rumors after they went to the same Halloween party. 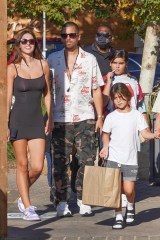 Previously, Lisa has admitted that Scott is “very nice” when you meet him to Andy back in May. “He was very nice, we had a very nice time,” she said, adding that the relationship between Amelia and Scott “is what it is.” Over the past few months, Amelia has been spending more and more time with Scott’s three kids Mason, 11, Penelope, 9, and Reign, 6, who he shares with ex Kourtney Kardashian, 42.

After confessing she was “nervous” about the relationship on RHOBH, Lisa revealed more about why in a confessional. “Amelia has had her struggles in the press, but it’s now a new headline,” she explained.. “No one’s talking about the eating disorder anymore and you know what, thank God. As a mother, I’m like, ‘Good.’ This gives her another label to deal with.”