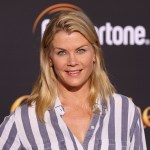 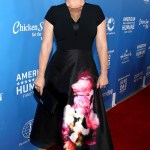 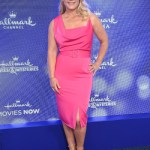 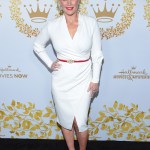 The last time we saw Hannah Swensen and Mike Kingston was in 2017. The couple is back with a big development and a new mystery to solve in Hallmark’s Sweet Revenge. HollywoodLife spoke EXCLUSIVELY with Alison Sweeney and Cameron Mathison about what Hannah and Mike are up to in this new movie.

“The fans really are such a big part of this story for me because we’ve had such amazing feedback from the fans over the years when they watch all of the Hannah movies and how involved they are and how much they care about these characters,” Alison told HollywoodLife. “A part of me felt like I really didn’t want them to miss out on anything. I know that we played a bit of a tough passage of time, and it’s been several years since they’ve seen any movies. When I’m really a fan of something and then get to see it on TV, I wouldn’t want to miss out on those moments. I thought it was really important for the fans to just be able to go on this journey with Hannah and Mike. Even though we are saying at the beginning that they’ve been engaged for six months, I think we’re still really trying to give the fans that sense of a new engagement and them finding themselves in this relationship. Everyone agreed at Hallmark that we wanted the fans to go along on this journey with us.”

Cameron added, “It’s a cool dynamic for the fans of these movies to see how their relationship has progressed not only personally, but also in and around the murder mystery and solving this crime. They are a real team now, and Mike’s actually got the challenge of answering to this agency boss that’s kind of come in to oversee it because of the big high profile case. Now instead of Hannah trying to convince Mike that she’s okay to be getting in the danger of solving the mystery, Mike is the one explaining it to Stella. It’s great to kind of see what they’ve gone through as a couple. They still have their hurdles to get over. In this movie they’re engaged and they’re starting to plan their wedding. There are aspects there that get a little bit more tricky, and Mike’s not sure if they’re moving too fast. I love how the work-life seems to be more smooth, but now all of a sudden the personal life is getting a little challenging. They work through it for sure.”

Cameron also noted that Hannah and Mike’s relationship has “really evolved” since we last saw them. “They’ve gotten through their own individual personality traits that caused friction in the relationship, and they did it together,” he continued. “They have so much in common, even though they’re so different. It’s really fun to play something like that as an actor where you guys can really just have these little hurdles and challenges, but at the same time, it just brings you closer together.”

Sweet Revenge is based on Joanne Fluke’s Cream Puff Murder. Cameron teased that the murder at the center of Sweet Revenge is the “toughest one to solve out of all the movies. I think it’s written so well, and it involves a workout facility and so many different possible suspects.”

On top of Hannah and Mike’s romance and the murder mystery, Alison revealed there’s an interesting side story that involves Hannah’s mother Delores. “Delores has written a romance novel about Hannah’s love life, and more importantly, how Delores thought it should go and Hannah doesn’t know it,” Alison told HollywoodLife. “Hannah did not know that this book is about her. Just that idea of it really captured my imagination right from the beginning. I loved it so much. I just really wanted to tell the story, so it really dovetailed perfectly with the idea of being newly engaged.” Sweet Revenge: A Hannah Swensen Mystery premieres August 8 at 9 p.m. on Hallmark Movies & Mysteries.