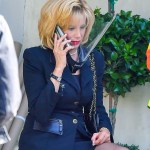 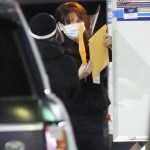 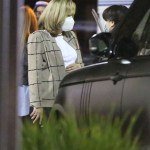 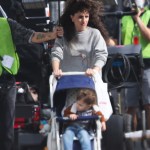 Every side has a story. The first teaser for ‘Impeachment: American Crime Story’ gives us an official first glimpse at Beanie Feldstein’s Monica Lewinsky as she takes a gift to President Clinton.

Impeachment is the latest collaboration between Sarah Paulson and Ryan Murphy. Sarah opened up about playing Linda Tripp in her second round of American Crime Story in a November 2020 interview.

“I think the scripts are very special. I really do. I really do,” she told Collider. “And it’s a huge stretch for me as an actor and that is thrilling – thrilling to me. And to find myself at 45 and almost 46-years-old being given a part that, you know, in terms of the complexity, there is nothing about this woman that is – what’s the right word? She’s complicated, and it’s not like a Marcia Clark situation where you ultimately have to confront your feeling of how wrong we were. Not that you won’t feel some of that for Linda when you have a little bit of a context for what her life was.”

The show also stars Annaleigh Ashford as Paula Jones, Betty Gilpin as Ann Coulter, Margo Martindale as Lucianne Goldberg, Billy Eichner as Matt Drudge, and Edie Falco as Hillary Clinton. The limited series was originally supposed in September 2020. However, the show was pushed because of Ryan’s busy schedule and the COVID-19 pandemic. Impeachment finally started production in October 2020.

Monica is one of the producers of Impeachment: American Crime Story. Ryan opened up about how involved Monica has been in bringing her story to television alongside him. “She’s involved with every script, gives a lot of insights and thoughts,” Ryan told Variety. He also added, “The great thing about the story that we’re telling is it’s Monica’s story, which I think needs to be told. Just like [in The People v. O.J. Simpson] we showed Marcia Clark in a different way, that’s what we’re doing with Monica.” Impeachment: American Crime Story will premiere September 7 on FX.