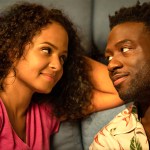 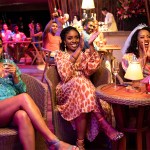 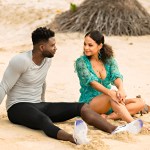 Southerner turned New Yorker, Christiani Pitts admitted she relied on her Georgia upbringing to play the sweet & naïve Beverly in ‘Resort To Love.’

Escape to the tropics with Netflix’s latest rom-com, Resort To Love, from producer Alicia Keys, starring Christina Milian, Jay Pharoah, Sinqua Walls and Christiani Pitts. The movie, which premieres today, July 29th, follows Milian’s Erica, who finds herself as the wedding singer in her ex-fiancé’s (Pharoah) wedding to his relatively new girlfriend, Beverly (Pitts). “In my mind, when I first got the script, I was thinking, ‘This Beverly girl is better than me, because I would have lost it!” Christiani laughed in an EXCLUSIVE interview with HollywoodLife.com. “I ended up having so much fun with the character because she reminds me of who I would have been if I would have stayed in the south instead of moving to New York.”

The King Kong star continued, “Living in New York, I’ve lost a lot of my southern hospitality and charm, and I think I resent that a little bit — which is why I was at first hesitant to identify with the character. But then, when I auditioned, I had so much fun. I was like, ‘Wait, I am Beverly. Beverly is me… I have to do this.'”

Christiani described Beverly as a “little queen” and admitted she’s a “powerful woman who loves love and happened to fall in love very quickly.” “Beverly had been planning her wedding since she was 10 years old, so there was also no time for anything to go wrong, as far as that weekend went,” she explained. “It’s funny because there are a lot of little triangles going on. There’s all these little pockets of a lot of love that had never been discussed prior to the wedding weekend.”

The “dream come true” role also posed a challenge for Christiani during filming, as she felt she needed to stay in character at all times because she “isn’t like Beverly in a lot of ways.” “I realized that in theater we start a show at 6:30 when I’m prepping to 10 o’clock, and I’m in character the whole time and there’s no stopping,” she explained. “In this medium, we stop so much, we take so many breaks, I realized I couldn’t let her go, or else once we start rolling again I would be kind of different.”

She explained she “wasn’t able to be [herself]” when shooting Resort To Love in order to stay in character, so many of her castmates thought she was “just like Beverly.”

“It’s time to feel good — we’ve been through insanely emotional roller coaster the past two years, and I think we all deserve to just feel good and to laugh about something, to cry about something that’s not so serious,” Christiani said when asked why people should tune in to Resort To Love. “Immerse yourself in the tropical island and get ready to go!”