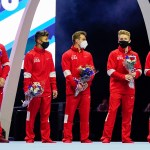 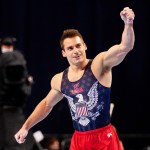 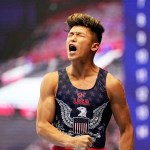 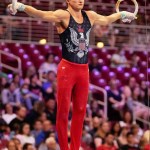 Yul Moldauer admitted that preparing for Olympic Games Tokyo 2020 has been a ‘very special’ experience in an EXCLUSIVE interview with HollywoodLife.

Yul Moldaur and the United States Men’s Gymnastics team had a secret weapon going into the 2020 Tokyo Olympics: the power of family. “All of the guys on the team I have been growing up with for a long time throughout competitions, national team camps, and through the NCAA,” Yul, 24, tells, HollywoodLife in an EXCLUSIVE interview. Yul’s teammates – Brody Malone, Sam Mikulak, and Shane Wiskus – are “some of my greatest friends in gymnastics,” he says. “These guys are like brothers, and we all vibe with each other very well.”

“We all know each other very well, and you can tell that by how we cheer for each other, how we give each other corrections, and we can all feel that we want the same goal, and that is to podium,” Yul tells HollywoodLife. The team will get that chance: on the first day of the gymnastics competition at the Tokyo Games, the team secured a spot in the team final, qualifying fourth behind Japan, China, and Russia. While the U.S. Women’s team has a history of dominating the Olympics, with Simone Biles leading the way, but the men have yet to mirror the women’s success. Yul hopes this Olympics changes that.

“You know it’s a funky thing because everywhere else in the world, people love gymnastics,” he tells HollywoodLife. “It’s a huge sport in countries all over the world. Going to international competitions and going to world championships, it just shows that gymnastics is a cool sport, but somehow it’s lacking in the USA. My goal is to start making the USA a well-known team, just like the women’s team. I think if we can start to bring more and more attention to how well we can do, fans, kids, and the general public will start to realize that gymnastics is a fun sport to watch.” 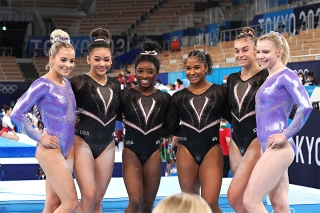 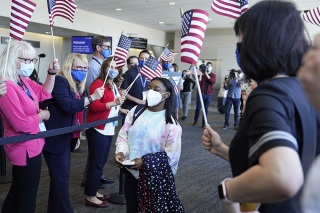 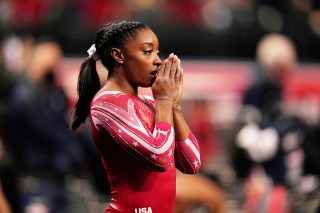 “I am excited about the whole [Olympics] experience,” he adds. “I know this isn’t a normal Olympic Games with the freedom of wandering around meeting new people and watching the other sports. It’s unfortunate that we can’t leave our hotel rooms. However, just being able to say you’re at the Olympic Games is a blessing.” The COVID-19 pandemic, which postponed the games for a year, remains a major concern for Japan. Cases have risen 20% in the week leading up to the Olympics, and the country’s vaccine rollout only began in mid-February, per Deadline. To stay safe during this time, Yul says he’s been wearing his mask, keeping to his hotel room, and limiting his interaction with strangers.

“We as a team haven’t been in contact with anyone else besides when we train. We haven’t been walking around the village. We have been staying in our hotel rooms,” he says. While he says that he’s “concerned” about the rising cases, he’s confident that the officials are doing everything they can to ensure the athletes are safe. “Being here and seeing how much effort they are putting in on running the event, it makes me feel more comfortable that the games will continue because actually being here and seeing the efforts, I think it will be really heartbreaking [to cancel the games] not just for the athletes, but all the workers here too.”

After all, Yul has been preparing for this moment – to put the U.S. Men’s Gymnastics team on the map with their Russian, Japanese, and Chinese counterparts. For me, I have been visualizing the biggest stadium I’ve ever been on,” he says when describing how he’s prepared, mentally, for the Games. “I have been visualizing what my routines would look like on TV if people were watching, and I’ve just been telling myself that this is a show, the Olympic Games is the biggest sporting event, and that’s it’s time to show off who you are.”

“I like to hear that this is the biggest sporting event,” he adds. “I like to hear that people will be watching all over the country. This is the moment that athletes live for, big moments. I always asked myself, are you going to be nervous and scared, or are you going to run with it and show off who you are? For me, I think gymnastics is one of the biggest mental game sports, so you really have to trust yourself and honestly attack your gymnastics and show it off.”

“For me, I am not going to say I’m not nervous,” says Yul. “Being nervous is natural. However, I haven’t felt too nervous about anything in particular. I’m just excited to go out and put on a show. I’m sure I’ll feel the nerves once we start competing, but you have to be able to control those nerves, and it’s obvious that all the athletes can control them because they wouldn’t be at the Olympics if they couldn’t.”