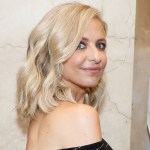 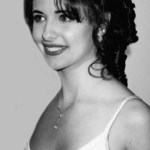 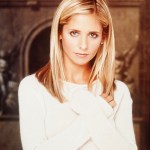 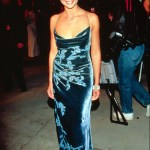 Ahead of ‘Masters Of The Universe: Revelation’ dropping on Netflix, Sarah Michelle Gellar spoke to HL about getting into the role of Teela & voicing the role from home.

Sarah Michelle Gellar is returning to TV, as she is voicing the role of Teela in the upcoming Netflix series Masters Of The Universe: Revelation. The Kevin Smith-animated series is a reboot of the 1980s superhero fantasy series He-Man and the Masters of the Universe, based on Mattel’s best-selling line of toys. The reboot launches on Netflix July 23rd with a the star-studded cast, including Sarah Michelle Gellar as Teela. “It was an amazing, incredible experience in the sense that it sort of encompasses my entire COVID experience at the same time, so finding strength in this girl whose world was taken away the way she knew it,” Sarah Michelle explained in an EXCLUSIVE interview with HollywoodLife, while discussing her partnership with [ yellow tail ].

“I obviously grew up knowing He-Man, but it was such a boy cartoon, and I love what Kevin is doing with this. He is making it for everybody — adults, kids, girls, boys, undecided — it’s about having your world turned upside down and finding the strength within yourself to continue on,” the mother of two said. Sarah Michelle was able to go into the studio to record with Kevin Smith when production began, but then was forced to build a home studio in the height of COVID. “I never got to meet my cast mates until just last week,” she admitted in a mid-July interview.

Masters Of The Universe cast includes Chris Wood as He-Man, Mark Hamill as Skeletor, and Lena Headey as Evil-Lyn. When it came to her character, Sarah Michelle explained she “wanted to ground Teela’s voice in something that was identifiable and something that people can relate to.” “Obviously, the the experience is otherworldly, but it’s a pretty emotional series. So, it had to be played for truth.”

The Buffy star spoke to HL as she helped [ yellow tail ] launch PURE BRIGHT — a first-of-its-kind collection of summer wines that are big on flavor with lower alcohol and fewer calories. “You can have a full flavor, feel no sacrifice and have all that taste but it is light enough for a weekday,” Sarah Michelle admitted. “Sometimes, especially after the last year that we’ve had, you just need that mini escape. At the end of the day, we’re all trying to just make it through and you want that moment where you’re indulging with no guilt, right?!” For under $7 a bottle, the PURE BRIGHT wines come in Sarah Michelle’s fave crisp Pinot Grigio, Chardonnay and Sauvignon Blanc.