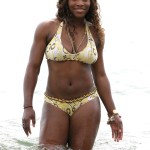 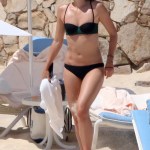 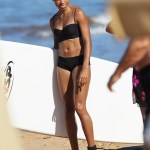 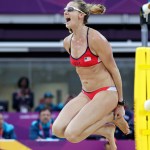 Beach volleyball player April Ross speaks to HollywoodLife about the ‘unique’ 2021 Tokyo Olympics, her campaign with Eli Lilly and Company that advocates for health equity, and more.

Beach volleyball player April Ross is ready for an unprecedented Olympics. The two-time Olympian, 39, will soon hit an unusually quiet sand court at the upcoming 2021 Tokyo Olympics due to the absence of spectators this year due to the ongoing COVID-19 pandemic. The athlete spoke to HollywoodLife about the uniqueness of this year’s games, her new campaign with pharmaceutical company Lilly on health equity, and more ahead of the start of the international multi-sport event on July 23. 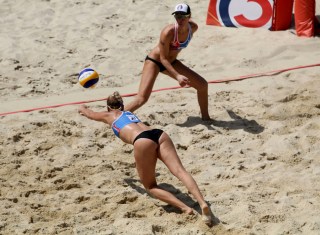 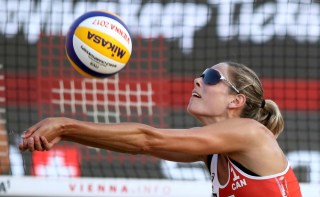 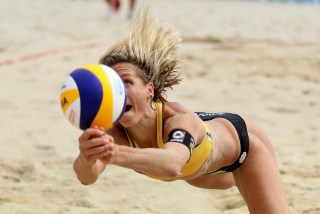 “It is gonna be a unique games for sure,” April told HL. “I think the thing I’m going to miss the most is, well, two things: my friends and family not being there and not being able to go out to the sponsor houses because those are always so awesome.” The second thing? A quintessential “part of the Olympic experience” stripped away due to the pandemic safety measures: the lack of spectators.
“Part of the Olympic experience is because a lot of people get fired up about beach volleyball,” April continued. “Beach volleyball being such a big thing in the Olympics and in such a huge stadium and it being packed and everyone’s having a great time — [and to] not have that, that’s going to feel weird for sure.” The volleyball player contended, however, that it’s a double-edged sword.
“I’m always trying to tune out the crowd,” April said. “I feel like I’m not one of those people that plays to the crowd. I think it’s a really cool thing to have such a big crowd but when it’s comes down to playing, I’m trying to you know, ignore them as much as I can. It goes both ways for me.”
The pandemic’s toll also serves as the basis of April’s “Our Collective Health” TV spot with Lilly, which will premiere during Opening Ceremony on July 23 and run throughout both the Olympic and Paralympic Games. The TV spot will showcase the company — and the athlete’s — commitment to health equity. “I’ve seen firsthand obviously how health challenges can be so impactful on people,” April said.
“I think this new Olympics spot that’s going to be airing during Opening Ceremonies really speaks to health above all,” she continued. “I’ve seen [Eli Lilly’s] dedication towards developing new medicines that can help people all over the world with their different health challenges; so… going to my third Olympics, it was really special [and] adds another level of meaning to it — and it means a lot that I can speak to my mother’s memory.”
The Olympian lost her mother to metastatic breast cancer at the age of 19. Making her debut at the 2012 London Olympics and securing a silver medal during her first run (not to mention, a bronze at the 2016 Rio Olympics), April has a subtle ritual you may have picked up on that honors her mother’s memory on the court. “She gives me so much inspiration,” she said. “When I’m out there and [you] see me tap my chest and point up… that’s kind of a nod to my mom.”