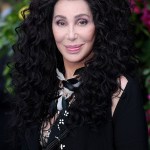 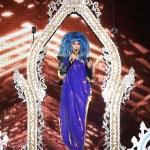 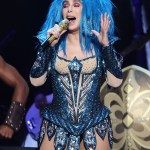 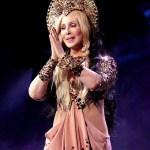 Cher is living her best life in Italy! The singer was seen grabbing cocktails with her pals in Portofino, while rocking leggings and towering heels.

Cher was all smiles when she was spotted on a glamorous European getaway with her pals. The 75-year-old singer was positively glowing while dining at i Gemelli restaurant in Portofino and sipping on cocktails. The “Believe” hitmaker stunned in skintight black leggings and a matching bomber jacket with white detailing, along with towering black pumps. She styled her signature long raven tresses loose with a part in the middle.

After suffering a near-tumble in her heels, Cher strolled through the Portofino streets barefoot alongside her friends. She was all smiles while meeting onlookers and fans who stopped to greet her in the Italian town, before she picked up some gelato. The singer licked her ice cream cone, before heading out to the harbor to board a yacht.

The outing comes just a few weeks after she revealed she was open to casting an unknown actor to portray her in Universal’s biopic about her rise to fame. “We were talking about it yesterday, and we’re just trying to think of [actors],’ she told Variety. ‘I said, ‘I don’t think we know her yet. I know the people so I’m sure they’ll…listen to things I have to say. But it doesn’t mean I’m going to get the final cut,” she added.

Cher Then & Now: See Pics Of The Iconic 'Believe' Singer Through The Years 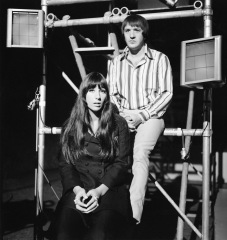 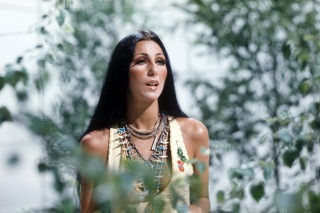 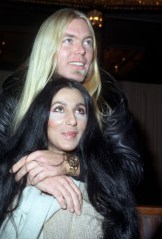 The A-lister also recently opened up about being an ally to the LGBTQIA+ community. During an interview with CNN‘s Christiane Amanpour, the Oscar-winning actress spoke candidly about what she learned when her son, Chaz Bono, 51, transitioned from female to male in 2009. “It was very unlike me to, in the beginning, have a problem with Chaz being gay, and it disappeared like that,” Cher said of when her son came out to her prior to his transition.

“Then we talked about (whether Chaz was) transgender for many years,” she revealed. “And (he) would say, ‘No, I don’t want to (transition). And then he went and said, ‘OK, I want to do this.’” As proud as Cher is now of her son living his most authentic, true life as the person he was meant to be, she admitted that, at first, “it wasn’t easy. I remember calling, and the old (voicemail) message … was on the phone, and that was very difficult,” she recalled.