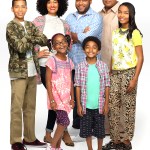 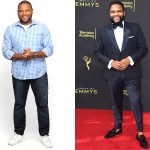 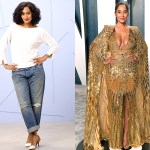 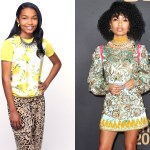 For the Invisalign ChangeMakers host, it’s only natural that some of today’s biggest celebs are from Texas.

Marsai Martin isn’t surprised that Beyoncé, Simone Biles and Megan Thee Stallion are, like her, all from Texas. “We are just a different breed,” the 16-year-old Black-ish star tells HollywoodLife. “We are bold. Honestly, it’s one of those things that, when someone is from Texas, you can just feel their energy.”

“It’s so cool,” she says, before adding, “I’m really grateful to be born and raised in a space that only gives positive energy and love. There’s Trump supporters and all those people around there, but my circle of family that have been in Texas has always been amazing.”

The Plano native is beloved by Black-ish fans for her role as Diane Johnson – the quick-witted teen blessed with an acerbic tongue who came out of the womb delivering perfect putdowns. But, aside from her on-camera work, the actress has built an impressive résumé that includes becoming Hollywood’s youngest executive producer for the 2019 movie Little and being the creative director of Glass Full News, a positive show hosted by kids. 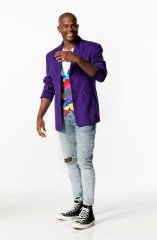 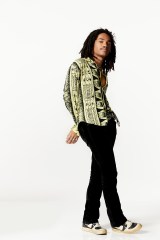 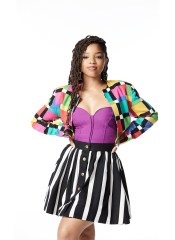 On July 10 she will add host of the Invisalign ChangeMakers virtual ceremony to that list. “It is so important [to me],” Marsai says about the program that gives teens who have made an impact in their community a $5,000 cash award. “[I’ve always] helped to inspire kids in the best way I can, just to make them feel some type of joy and confidence in themselves. And I feel like Invisalign roots for the same thing.”

The 100 winners from across the country support a variety of causes – from ending hunger and promoting disability and civil rights to improving the environment and pushing literacy programs.

“They’re all so great,” Marsai says of the 2021 ChangeMakers. “They all have their own minds and their love and creativity for things. That’s exactly what I stand for – creativity and showing and loving yourself just the way you are.”

Marsai does that herself, by leading by example, especially when it comes to dealing with online bullies. In June 2020 an Instagram video of her shutting down trolls who slammed her hair and veneers went viral. She did it by wiping away her fake tears with a $100 bill, shooting the camera a withering look and delivering the perfect message. “Y’all we are in quarantine and we’ve got more things to focus on than just my hair. Justice for Breonna Taylor,” she said.

Marsai says she got the confidence to handle bullies from her parents. “Not them being like, ‘Say this,’ but it’s definitely more of…my parents are funny. They’re just funny people, naturally. So, they’ve always told me to just kill them with sarcasm. Not even kindness, just sarcasm, because I feel that’s just who I am. If you know me personally, I feel like everyone will tell you that I’m a very sarcastic person… That’s where my comedy comes from.”

Her advice to other youngsters struggling to deal with online criticism is simple – “bump them,” brush them off. “You never know what other people are going through,” she says. “They may come from a space of sadness or something in themselves, but don’t pay no mind to it. They’re honestly just background in your movie.”

“Just be confident in yourself,” she adds. “And that’s all that matters too. Don’t care about other people’s validation because you do not need it.” Invisalign’s ChangeMakers ceremony airs on YouTube on July 10 at 5pm PST.