Kylie Jenner, 23, sure knows how to strike a pose! The beauty mogul looks amazing in her latest Instagram photos, in which she’s seen wearing a see-through dress as she wished her followers a “bonne soiree,” on July  7.

In the photos, the bombshell wore a brown and tan strapless see-through dress. She had her long dark locks parted in the middle with natural waves which flowed down her back. For accessories, the Instagram model didn’t disappoint. She opted for a mini black purse and hid her smoldering eyes behind black sunglasses.

Of course, many fans loved her latest look as they were quick to comment on how amazing she looked. She also got the approval from her older sister, Khloe Kardashian, who noted, “I am Deceased.” One fan also made a comment about the resemblance between the KarJenner sisters: “Thought it’s Kim,” the commenter wrote. 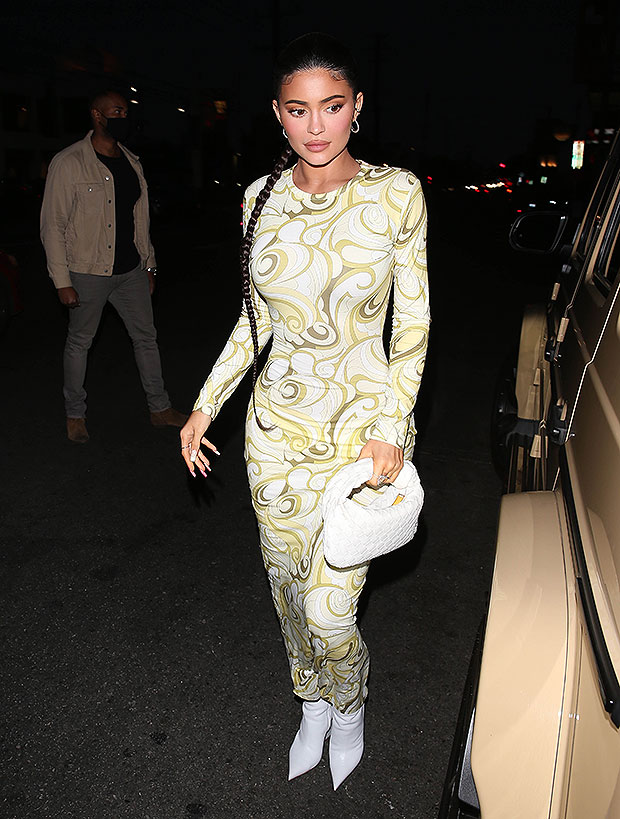 Kylie has been keeping busy as of late.  On July 1, she announced that her cosmetics company, Kylie Cosmetics, is going vegan! “In honor of the relaunch of Kylie Cosmetics on the 15th, I have a special three-part YouTube series coming out, that I’m really excited to share. [It’s] all about Kylie Cosmetics,” Kylie stated on her Instagram stories. Kylie shares the YouTube will give fans behind-the-scenes look into why they’re going clean and vegan, and why they’re doing the relaunch.

Between launching a successful cosmetics company and taking amazing photos, Kylie spends most of her time with her daughter Stormi, 3, who she co-parents with Travis Scott.