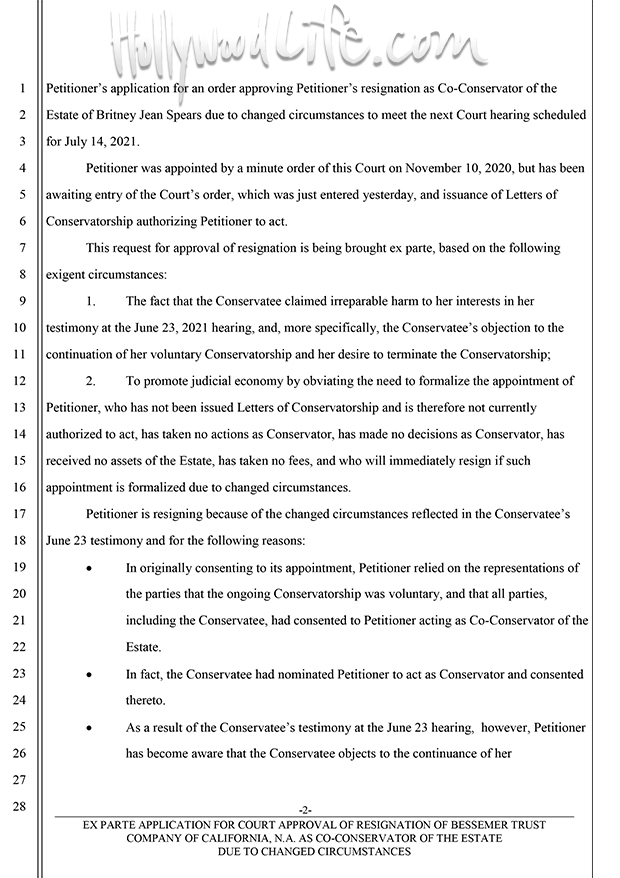 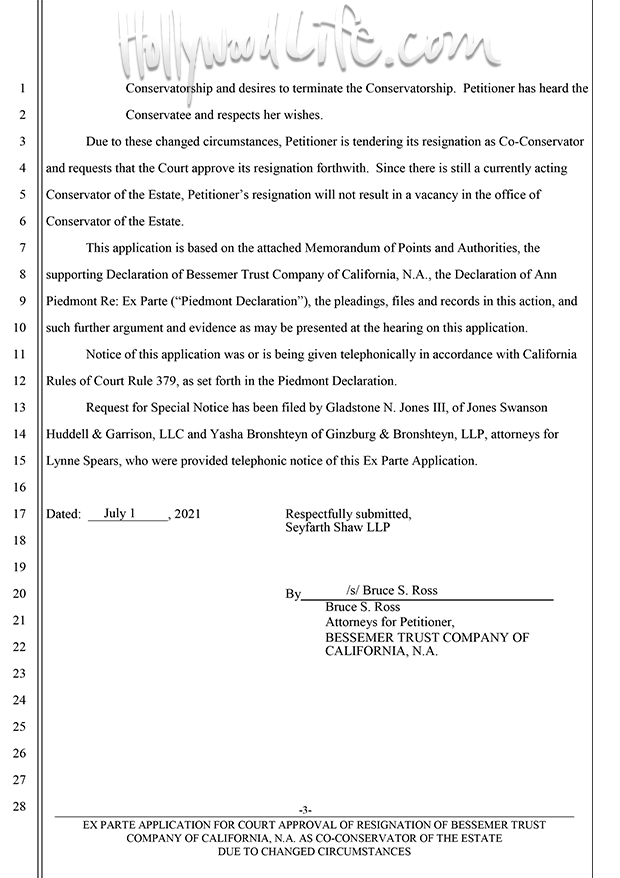 Bessemer has been the co-conservator of Britney’s estate since November 2020. The firm were named co-conservators alongside Britney’s father Jamie Spears, 68, after Jamie faced health issues. Britney gave a heartfelt testimony to a Los Angeles Superior Court judge on June 23. Britney called the conservatorship “abusive” and compared her dad to a sex-trafficker during the emotional speech. Judge Brenda J. Penny denied the singer’s request to remove her father as a conservator on Wednesday June 30.

With Bessemer looking to resign from the conservatorship, it may further complicate Britney’s struggle to escape her father’s control. Britney will likely have to show medical evidence to demonstrate that she no longer needs a conservatorship top NYC lawyer Michael Stutman told HollywoodLife in a June 25 interview. She could also show that “whatever the conditions were that supported the appointment of the conservator 13 years ago, no longer exist,” according to the lawyer.  In February, Michael told HollywoodLife that Britney would have to present evidence that shows “misconduct” or “poor decisions” on Jamie’s part to have him removed as her conservator.

After Britney spoke out about wanting to leave her conservatorship, a source close to her told HollywoodLife that she was “relieved” to have finally had the chance to “speak her truth.” Britney has been in the conservatorship since 2008, but the “Toxic” singer has been trying to get out of it for some time now. Her court-appointed attorney Samuel Ingham submitted documents in November 2020 to try to have Jamie removed as his daughter’s conservator.

The New York Times was first to report this news.