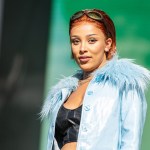 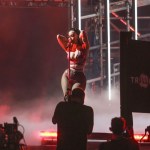 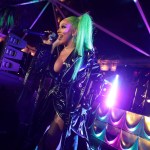 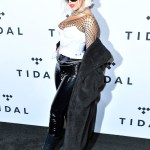 Doja Cat and The Weeknd are set to drop their hotly anticipated collab ‘You Right’, and the pair have stunned in a sultry sneak peek of the music video.

Doja Cat and The Weeknd appeared ready to party in the first look at their highly-anticipated video for the song, “You Right”. The duo were seen posing for a snap, which was released on June 24, ahead of the “Say So” singer’s album Planet Her dropping on June 25. In the sneak peek, Doja wore a silver, glittering outfit which featured a bralette-style top, and an asymmetrical skirt with a large cut out. She posed on the floor, showing off her taut abs, and accessorized with oversized hoop earrings.

.@DojaCat and @TheWeeknd look gorgeous ahead of the release of the "You Right" music video.

It will premiere tonight at midnight. 💙 pic.twitter.com/JqoqYW3kk4

Her curly, raven tresses were slicked back into a high ponytail, which featured plenty of volume. Meanwhile, the “Blinding Lights” singer crouched down next to her, rocking a suit and tie with black aviator sunglasses. Fans are not only anticipating the pair’s collab, but also Doja’s entire album, which will include appearances from Ariana Grande, J.I.D, and Young Thug. The 14-track record will also include “Kiss Me More,” featuring SZA.

As fans would know, Doja recently appeared on Ariana Grande’s “34+35” remix with Megan Thee Stallion, and remixed The Weeknd’s “In Your Eyes” back in 2020. Most recently, she dropped the video for “Kiss Me More” which was set on “Planet Her”. The pink and peachy planet was full of stunning outfits, and even featured one visitor from Planet Earth: an astronaut played by Grey’s Anatomy actor Alex Landi.

Switching up his scrubs for a spacesuit, Alex’s character was seen landing on the dunes of “Planet Her” before being invited in for a love fest with the two women. “I’ve always wanted to try things,” Doja recently told SZA in an interview for V Magazine. “I commend artists, like you, who stick to something. It feels pleasing aesthetically and very driven. For me, I want to try all these things, but I’m starting to learn what I’m falling into is a lot of the house, disco, vintage-y essences—that’s where my heart kind of lies. But I still am doing shit that I don’t understand. It’s still really fun!”