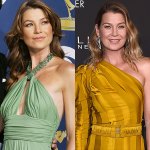 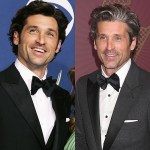 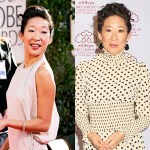 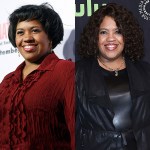 ‘Grey’s Anatomy’ turns 16 on March 27. As you reminisce about this incredible show, see how the cast has changed over its 16-year run!

When Grey’s Anatomy premiered on March 27, 2005, TV was never the same. Fans immediately fell in love with Meredith Grey, Cristina Yang, Izzie Stevens, Alex Karev, George O’Malley, Derek Shepherd, Miranda Bailey, and more. Grey’s Anatomy is now in its 17th season, and fans are still loving it as much as they did when it premiered all the way back in 2005.

Over the years, Grey’s Anatomy has shocked us with jaw-dropping twists, made us cry over heartbreaking deaths and breakups, and made us laugh and smile during the show’s happiest moments. Let’s take a look back at how the core cast members of Grey’s Anatomy have changed since their first day at Seattle Grace!

Ellen Pompeo, 51, is still leading the way as Dr. Meredith Grey and has been since day one. She’s joined by an incredible ensemble cast that definitely looks a lot different than the one when the series first aired. Ellen is only one of three remaining original cast members. Through it all, however, Ellen has been at the very heart of Grey’s Anatomy, proving that the show simply would not be the same without her.

The Grey’s Anatomy fandom was completely shocked by the final moments of the season 17 premiere when Patrick Dempsey, 55, returned as Dr. Derek Shepherd. Meredith collapses after contracting COVID-19 and wakes up on the beach. In the distance, she sees her beloved husband, Derek. Grey’s Anatomy fans are still not over Derek’s devastating death via car crash in season 11, so to see McDreamy back again on the show was a real treat. It’s not just a one-time deal, though. The character is still dead, but Patrick continued to appear as Derek multiple times in season 17.

Chandra Wilson joined Grey’s Anatomy in its inaugural season and has been a steady part of the show ever since. Chandra plays Dr. Miranda Bailey, and has been one of the series’ standout characters for more than 350 episodes! The star’s work on the series has even earned her a lot of acclaim from awards bodies, including the Emmys. She’s been nominated for her work on Grey’s Anatomy for Outstanding Supporting Actress in a Drama Series four consecutive times between 2006 and 2009.

Like Chandra and Ellen, James Pickens Jr. is one of the remaining original cast members on the long-running medical drama. He, too, has appeared in more than 350 episodes since the series premiere in March 2005 as Dr. Richard Webber. These stars and their characters have fans thinking about all of the incredible cast members Grey’s Anatomy has seen over the years.

It’s wild to see the cast has changed from back then in 2005 to now. From Katherine Heigl, to T.R. Knight, to Eric Dane, to Sara Ramirez, these stars may not be on the show anymore, but they’re still near and dear to our hearts. The cast members have made amazing transformations and have gone on to star in other major movies and TV shows. Take a look through the gallery above to see more photos of the stars then and now!