Vin Diesel is starring in the newest installment of the Fast and Furious film franchise, and revealed he hasn’t ruled out finding an onscreen role for his late co-star Paul Walker‘s daughter. “When the tragedy happened back in 2013, we stopped filming Furious 7 for about five months because we were wrapping our heads around what we were going to do, while mourning,” Vin told E! in a June 17 interview. “And the studio accepted a bold decision, which was to allow the character to exist in our mythology.” 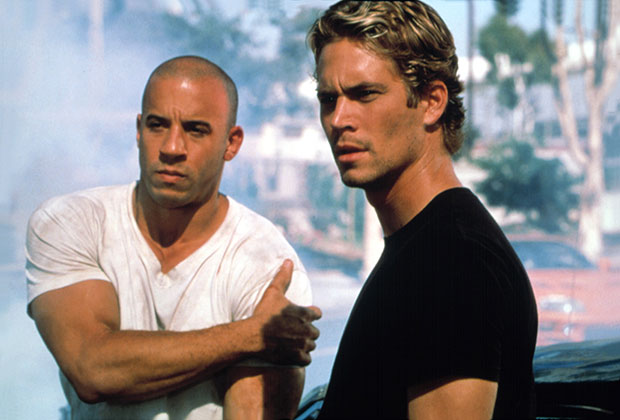 The 53-year-old actor, who is best known for playing Dominic Toretto in the action film series, noted that it was important Paul’s character continues to live on in the cinematic universe of the franchise following his fatal car crash in November 2013. Vin added, “And to that end alone, you have to honor that. On a personal level, we started this franchise together. Alongside us starting the franchise, we started a brotherhood. Our brotherhood will outlast the franchise.”

When asked whether Meadow Walker, the 22-year-old daughter of Paul, who is also Vin’s goddaughter, would ever appear in the films, he offered a careful answer. “I would not count anything out,” he replied. “Let me just—without giving you all of the secrets of Fast 10. Let’s just say nothing’s ruled out.”

The F9 actor also sat down with Access, revealing he looked up to Paul when he became a parent in real life. “I was always the big brother on set, would protect anybody and ride for anybody. They may have looked up to me on set from the very beginning, but I hadn’t been a father, and Pablo had,” Vin explained.

“So I leaned on him when I transitioned [to fatherhood]. He was my rock. He was the one that said- the irony is what the roles that we had and the scenes that we had that discussed fatherhood in Fast Five and throughout the franchise in real life were reversed. To the point where, as you know, my youngest child, when I was in the delivery room and writing down her name, even my mom to this day says, ‘Pablo was in the room with you.’ And that’s why I wrote Pauline.”