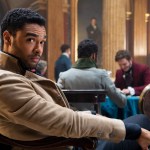 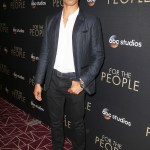 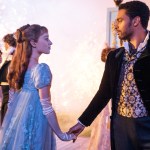 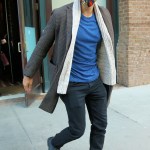 Regé-Jean Page had his fair share of NSFW scenes playing Simon, the Duke of Hastings, in ‘Bridgerton’ — and now he’s dishing on what his family had to say about it

Regé-Jean Page‘s breakout role as Simon, the Duke of Hastings, in Bridgerton shot him to stardom when the hit period drama dropped on Netflix in December 2020. Fans particularly fawned over the 31-year-old British actor for his steamy scenes (including that sexy moment in episode 5) with costar Phoebe Dynevor, who plays his love interest Daphne Bridgerton. But how did Regé-Jean’s loved ones feel about the star baring it all for the role? “No one was sufficiently prepared. I wasn’t sufficiently prepared, and I was there,” Regé-Jean said in a new roundtable with The Hollywood Reporter, where he was joined by Chris Rock (Fargo), Josh O’Conner (The Crown), Jonathan Majors (Lovecraft Country), and John Boyega (Small Axe).

Regé-Jean admitted that he felt differently than fans did about “the intensity of the romantic aspects” in the Shonda Rhimes-produced series. “I’m not sure how grateful I was to watch it for myself,” he said. “It was overwhelming. But I’m sure that’s what people were looking for. They were looking to be overwhelmed.”

His loved ones, on the other hand, would’ve preferred not to see Regé-Jean in such intimate moments on the show, he said. But ultimately, they made peace with the situation. “My family doesn’t want to be overwhelmed by my backside, specifically, too often, but they’ll take it on this occasion because everyone seems to be terribly happy,” Regé-Jean said with a laugh.

Regé-Jean has enjoyed massive success since Bridgerton. He’s already hosted an episode of Saturday Night Live and has a plethora of film roles lined up. In April, fans were distraught after it was announced that that Regé-Jean would not be returning to the show for season 2. While he was reportedly offered upwards of $250,000 to return as a guest star, Regé-Jean turned down the opportunity. Instead, he’s “laser focused on his burgeoning film career,” sources told THR.

Regé-Jean later addressed his exit from Bridgerton in an interview with Variety. “It’s a one-season arc,” he said. “It’s going to have a beginning, middle, end – give us a year. [I thought] ‘That’s interesting,’ because then it felt like a limited series. I get to come in, I get to contribute my bit and then the Bridgerton family rolls on.” Season 2 of Bridgerton is expected to focus on Daphne’s older brother Anthony Bridgerton, played by Jonathan Bailey. The series has also been renewed for seasons 3 and 4.