Dolph Lundgren, 63, and Emma Krokdal, 24, looked super loved up in new pics taken one year after they got engaged in Sweden. The former action movie action star and his young personal trainer fiance were seen running some errands together in Los Angeles on June 3. The pair both rocked similar athletic-inspired fits, with Dolph opting for a black tee, knee-length white shorts and matching white trainers. Meanwhile Emma rocked a semi-sheer black top over a white bra, along with light wash denim daisy duke shorts and white sneakers. It seems the old saying was right, that couples eventually start to dress alike. 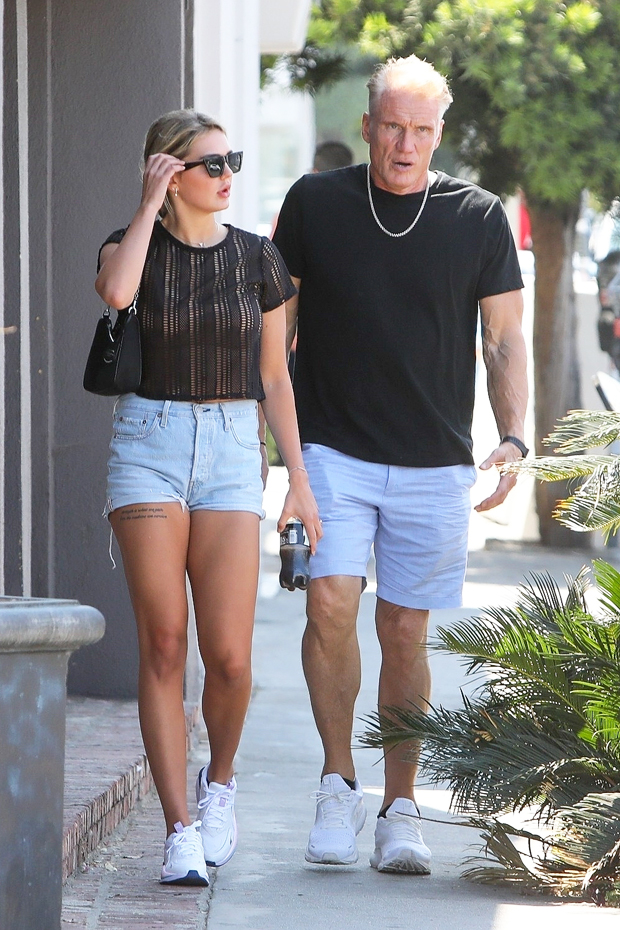 The Creed II star also accessorized with a silver chain necklace and a black watch, while the blonde beauty carried a small black handbag and rocked dark shades. It’s believed the the pair first started dating in 2019 after meeting at a gym, and they went public with the romance in January 2020 at the Cana Dorada Film & Music Festival in the Dominican Republic. They got engaged just a few months later, with Dolph making the announcement on June 16 by posting a photo of himself alongside Emma.

“Something every special happened here in Sweden,” he captioned the pic. Emma uploaded the same picture with the caption, “Pinch me.” The Swedish-born actor opened up about the relationship in a 2020 interview. “I’m very lucky to have someone like Emma at this age,” he admitted. “It changed my life.” He also revealed that he and Emma “train” each other in the gym, and said that he considers them a “perfect match.” 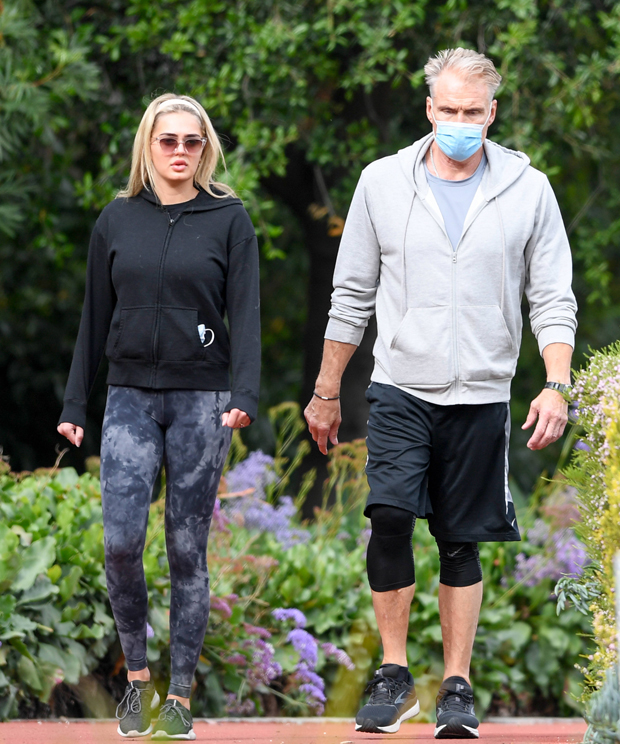 Dolph, who first rose to prominence  as boxer Ivan Drago in 1985’s Rocky IV, was married to Anette Qviberg from 1994 until 2011, and they have two daughters together. Dolph’s oldest daughter, Ida, is 24 (the same age as his fiancee), and his youngest, Greta, is 19. Dolph was also in a long term relationship with Jenny Sandersson from 2011 until 2017, as well.