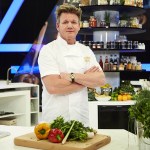 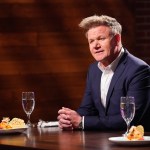 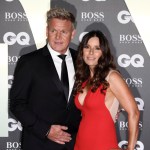 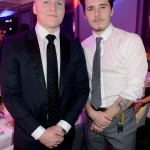 ‘Masterchef’ is back and upping the stakes in season 11. HL spoke EXCLUSIVELY with Gordon Ramsay about how this season is more intense than previous seasons and how ‘The Voice’ has influenced the show.

Masterchef returns for its 11th season as Masterchef: Legends. Gordon Ramsay is back as the host, alongside chef Aarón Sánchez and restaurateur Joe Bastianich. Gordon stressed to HollywoodLife in our EXCLUSIVE interview that season 11 is “way more raw than any other season. We are turning things up in a way where we are shaking it up.” And he’s not just talking about with the contestants.

“The Voice has been a super inspiration for me over the last five years,” Gordon told HollywoodLife. “I just love it when the judges get off their ass and off that seat and go and perform. Idol has gone that way now, but I think The Voice has benchmarked that in a way where they open up with a ballad or they sing halfway through, and it is the same exact thing with this. There is no presenting. We have an apron, names are on there, and we are behind the line with them. Now we can’t do it with them, but we can do it alongside them. We can’t do it for them, but we can show them. We are seeing a much better reaction from them. They are invested beyond belief.”

This year, Masterchef has invited the most respected culinary legends like Emeril Lagasse, Paula Deen, Roy Choi, Nancy Silverton, and Morimoto to help take season 11 to a whole new level. For the first time ever, 15 of the best home cooks in America will receive the coveted white apron and impress four legendary judges with all new challenges, including the toughest yet, a head-to-head battle with Gordon.

“They are extraordinary individuals,” Gordon said about the contestants. “There is one young lady who did four tours of Iraq. She broke bread with the Taliban on several occasions. She was a terrorist interrogator. She is fluent in three languages, so how does this girl get her head into a cast-iron skillet and cook an amazing f**king chicken pot pie? It’s her determination and speediness. Her husband is a senior captain, and he is now an amazing sommelier. She is incredibly talented as a cook, so there is your perfect dream team to open a new restaurant. And these guys are amateurs. Amateurs! So I think that is the kind of excitement that is coming to this competition. I go back a few seasons with Christine Ha. She won the competition blind. She’d get the flavors, the raw ingredients, and would close her eyes and dress this amazing meal.”

By the end of the season, one home cook will claim the Masterchef title. They’ll win the $250,000, a complete VIKING kitchen, as well as and kitchen tools and bakeware products from OXO. Masterchef: Legends will air Wednesdays on FOX.