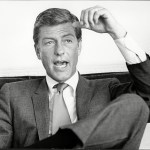 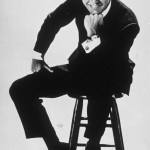 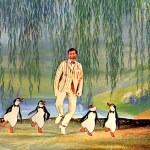 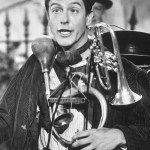 What’s the secret to Dick Van Dyke’s longevity? The ‘Mary Poppins’ star showed how at nearly 100 years old, he still ‘dancing and singing’ up a storm.

“I’m 95. And a lot of my friends won’t do these,” Dick Van Dyke said to CBS This Morning on Tuesday (June 1) while doing sit-ups and other limbering exercises. At five years short of 100 – and with a career spanning over six decades — Dick can still move better than someone half his age. He also thinks that anyone can be as spry and energetic as him. “All you old guys out there, listen to me, I’m telling you. You can keep going for — I’m still dancing — and singing!”

WATCH: @AnthonyMasonCBS spoke to legendary award-winning actor #DickVanDyke, who found success with his own brand of singing, dancing and physical comedy. The beloved entertainer is 1 of 5 artists being honored by the @KenCen for their immense contribution to American culture. pic.twitter.com/MpU8omFZ78

Dick — who spoke with CBS This Morning about being one of the five artists celebrated by the Kennedy Center last month – credits his love of such great classic physical comedians as an inspiration for his career. “I had always been an admirer of Buster Keaton and Laurel & Hardy. So as a kid, I practiced falling. And I had worked it all out,” he said, adding that he “stole everything” from Stan Laurel. “I told stand that, and he said, ‘Yes, I know.’” Five decades after Laurel’s death in 1965, Dick Van Dyke is going strong, telling CBS This Morning he considers himself an “active” actor.

After first breaking into the show business world via radio, Dick landed a year-long stint hosting CBS Theis Morning in 1955. Five years later, he scored the part of a struggling songwriter in the Broadway musical “Bye Bye Birdie,” featuring Chita Rivera. “They came down one day in Philadelphia and said, ‘We’ve written a new song-and-dance number for Chita.’ And she said, ‘You know, Dick doesn’t have anything to do in the first act. Why not let him have it?’ It was ‘Put On a Happy Face.’ Can you believe that?” he said. The song would become one of his trademarks – and would lead to his role on The Dick Van Dyke Show. “Carl Reiner saw me in that, and that’s how I got into [the show],” said Dick. From there, he would land roles in Mary Poppins, Chitty Chitty Bang Bang, Diagnosis Murder, and more.

Throughout his career, Dick has earned five Emmys, a Tony, a Grammy Award, a BAFTA, and a Lifetime Achievement award from the Screen Actors Guild. In May 2021, alongside Debbie Allen, Midori, Joan Baez, and Garth Brooks, Dick was celebrated by the Kennedy Center for his contributions to culture. Chita Rivera, who presented Van Dyke his award, told him and the audience that the “combination of your boundless energy and ability to juggle physical onstage routines while talking, remains unmatched. You broke the mold.”