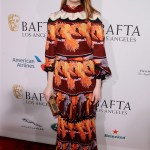 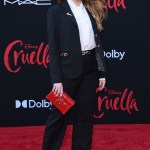 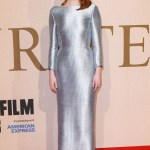 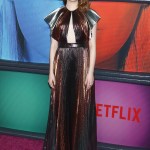 ‘Cruella’ star Emma Stone has opened up about the absence of one particular prop that was prominently featured in the original ‘101 Dalmatians’ movie.

Emma Stone, 32, has revealed why her character’s signature cigarette is absent from Disney’s Cruella. The new mom opened up in a new interview about why the prop, which was featured heavily in the original 101 Dalmatians movie, didn’t make the cut in the new live action spin-off film. “That is not allowed in 2021,” Emma told The New York Times. “We are not allowed to smoke onscreen in a Disney film. It was difficult to not have that cigarette holder … I was so excited to have that green plume of smoke in there, but it was not possible.”

Disney first banned smoking in all of its films around 2007, and extended the rule to all Lucasfilm, Marvel, and Pixar films in 2015. Emma added, “I don’t want to promote smoking, but I’m also not trying to promote skinning puppies.” It comes just a few days after the La La Land actress responded to rumors that she could be reprising her role of Gwen Stacy in the upcoming Spiderman film.

The new Marvel movie, Spider-Man 3: No Way Home, is set to feature appearances from characters within the multiverse, however Emma, who appeared in the 2012 iteration of the franchise opposite Andrew Garfield, is not one of them. “I have heard those rumors,” Emma told MTV News on May 27. “I don’t know if I’m supposed to say anything, but I’m not [involved]. I’m not. I don’t know what you’re supposed to respond as an alumnus.”

Fans of the Oscar winner would know she recently made her first red carpet appearance since giving birth to baby Louise Jean McCary. The A-lister welcomed her first child with her comedian husband Dave McCary, 35, on March 20. Although she hasn’t spoken publicly about her little bundle of joy, and insider told Us Weekly last month that the pair were doing well. “Having a baby has brought them closer in a way they never expected,” a source told the outlet, explaining that Emma “has been at home with her husband and the baby.” So sweet!