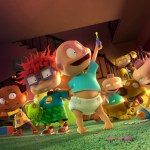 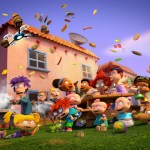 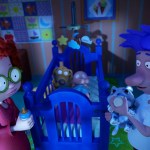 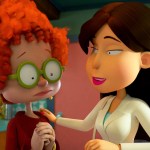 Natalie Morales shared some exciting new details about the ‘Rugrats’ reboot debuting on Paramount+. Learn more about the character she’s voicing, who the actor describes as ‘a member of the alphabet mafia.’

Nostalgia is totally en vogue, these days. But Paramount+ is making a thoughtful, contemporary change to its reboot of the ’90s and early aughts animated series Rugrats! Natalie Morales, who will provide her voiceover talent to the series, chatted with The A.V. Club and revealed that the character she’s voicing is gay. “Anyone who watched the original show may have had an inkling Betty was a member of the alphabet mafia.”

For some millennials who might not remember, Betty DeVille is the mom of twins Phil and Lil! Natalie, who identifies as queer and prefers she/they pronouns, is really excited about the change the creative team decided to make to the character, and described for the outlet how Betty will be portrayed on the show. “Betty is a single mom with her own business who has twins and still has time to hang out with her friends and her community,” Natalie explained.

And the Battle of the Sexes star, 36, is really looking forward to seeing this type of representation on screen for viewers of all ages to embrace. “I think it’s just so great because examples of living your life happily and healthily as an out queer person is just such a beacon for young queer people who may not have examples of that,” Natalie further explained. The actor is also wholly aware how much it can mean to young audience members, who might see such characters and their stories on screen for the very first time.

“And yeah, Betty is a fictional cartoon, but even cartoons were hugely influential for me as a kid,” Natalie shared. “If I’d been watching Rugrats and seen Betty casually talking about her ex-girlfriend, I think at least a part of me would have felt like things might be okay in the future.” The A.V. Club revealed even more fun details about the character.

In the new iteration of Rugrats, Betty is a small business owner, who owns a little coffee shop called Betty’s Beans. She also loves football, and jokes about her exes from time to time! The new version of Rugrats features the voice talent of Nicole Byer, Tony Hale, and more. Make sure your good pal Reptar has a place on the couch, because the series premieres today, May 27, on Paramount+!