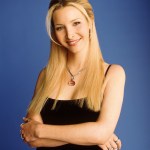 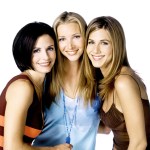 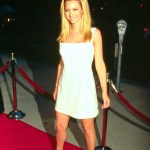 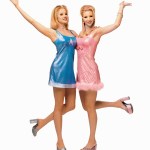 There couldn’t be a ‘Friends’ reunion without ‘Smelly Cat!’ Lisa Kudrow was joined by Lady Gaga for a rendition of the classic ‘Friends’ tune during the reunion special.

Lisa Kudrow, 57, returned to the Central Perk set to sing “Smelly Cat” once again after all these years during the epic Friends reunion. Suddenly, Lady Gaga, 35, walks through the front door with her guitar in hand. She makes herself right at home on the iconic couch next to Lisa.

“I love ‘Smelly Cat.’ It’s one of my favorite songs,” Gaga tells Lisa. She asks Lisa if she can take “Smelly Cat” for a spin. After Lisa approves, Lady Gaga wows with her rendition of “Smelly Cat.”

“That was not bad,” Lisa says. Lisa and Gaga sing “Smelly Cat” together, and it’s just as magical as you would imagine. To top it all off, they’re joined by a gospel choir to sing the rest of the classic Friends song. “Still think it’s better when it’s just me,” Lisa joked.

After their performance, Gaga has some sweet words for Lisa. “Can I just say something? Thank you for being the person for all of us on Friends… I don’t know if this is the right way to say it, but the different one or the one that was really herself,” Gaga says.

Ben Winston, the director and producer of the Friends reunion special, revealed Lady Gaga was at the top of his and Lisa’s list to sing “Smelly Cat.” He told Variety, “We went through a few names, and we both agreed that Gaga, if we could get her, would be the ultimate one because she associates with and feels close to Phoebe in so many ways, as Gaga says on the show. That was a really beautiful moment. And Lady Gaga jumped at the chance to do it.”