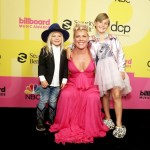 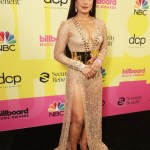 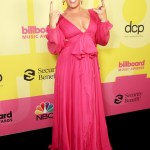 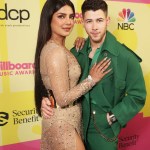 For the first time in five years, Pink is back on the BBMAs stage. But this time, she’s being honored for the icon she is!

There’s no question about it: Pink is iconic. For decades, she has been delighting her fans with inspiring, rock music and then taking them on an epic journey with your concert tours. At the 2021 Billboard Music Awards, her career journey reaches new heights, as she will be honored with the impression Icon Award — an honor only awarded to 10 other artists ahead of her.

And what a performance! Pink was introduced by her childhood crush and true friend Jon Bon Jovi, who noted that his respect for her “artistry and her legacy” made it a particular honor to be giving her the Icon Award. Then, the party got started!

Pink kicked off her 8 minute set with a moment that she herself said would be her most ‘favorite thing I’ve ever done”.  She carried her daughter Willow, 9, out in her arms, before  the pair took to the sky to perform a high-flying, aerial performance of “Cover Me In Sunshine,” their new, chart-topping duet! And you know what? Willow was incredible! Like mother, like daughter!

After that, Pink went into a powerful medley performance of most to the songs that made her the icon that she’s being honored as.  First, her new single “All I Know So Far”, which is poised to be a bop of summer 2021. Then, she went into : “Get This Party Started, ““So What”, “Blow Me (One Last Kiss)”, Who Knew?, “Just Like A Pill”,and  “Just Give Me A Reason” — she hit them all and reminded us just how amazing her catalogue of music truly is.

When she was finished, she happily accepted her Icon award and a kiss from Jon on-stage. After teasing him about breaking her teenage heart when he got married, she quickly thanked all the ones she loves, including Willow, who she proudly deemed ‘nailed’ her first performance! “ I love what I do and I love how I get to do it with,” she said in her speech, before sending a message to all the fans that followed her career and her tours. “Thank you for coming out,” she said. “I can’t wait for us to do it again and sweat all over each other.”

Before the big show, Pink hit the red carpet to smile for the cameras. She wore, what else, a pink gown, looking like a literal Greek Goddess in the soft, flowing maxi dress, with a deep V cut, and glitzy jewels to match. In fact, pink ended up being the color of the evening — everyone must love her so!  But her best accessories were her kids, daughter Willow, and not-so-little anymore Jameson, 4, who rocked the most incredible bedazzled cowboy boots ever to be seen!  Leave it to Pink to make the evening a family affair!

Pink is indeed in good company. The 10 other recipients are Neil Diamond, Stevie Wonder, Prince, Jennifer Lopez, Celine Dion, Cher, Janet Jackson, Mariah Carey, and Garth Brooks. But with 22 years in the business, 33 hot 100 singles, and 8 top 10 albums, it’s clear why she made the list! Ahead of the show, Pink teased a very epic performance for her fans who have stuck with her for 2 decades, but also revealed in some love from some of her contemporaries.

Ahead of the show, Kelly Clarkson, Keith Urban, and Billy Eichner all sent her encouraging messages and congrats on her big win! “I can think of no one cooler than you to receive the Icon award,” Kelly said in her video to the fellow pop superstar. In response, Pink gushed right back at her. “I’m just trying to sing like you one day!”