There are a few constants in the universe: death, taxes, and that falling in love feels incredible – especially if you were resigned never to give your heart away ever again. That romantic revitalization, that love unlocking beats at the center of “Open,” the new song from “Country Vogue” star Ashlie Amber. “Yeah, my hearts on lockdown / It’s Fort Knox you gotta knock down,” she sings at the start before kicking the song into high gear. With a dash of southern rock swagger, R&B silkiness, and country-pop splendor, “Open” is like a burst of sunlight after a year of clouds.

“You got my hands out the window on the highway / You got me flyin’ like an eagle baby all day / You got me sayin hey, uh ah ladies hey  / This one right here, yea that’s my bae,” she sings on the chorus, with that last line boasting the pride of someone who never thought they would be in love again. 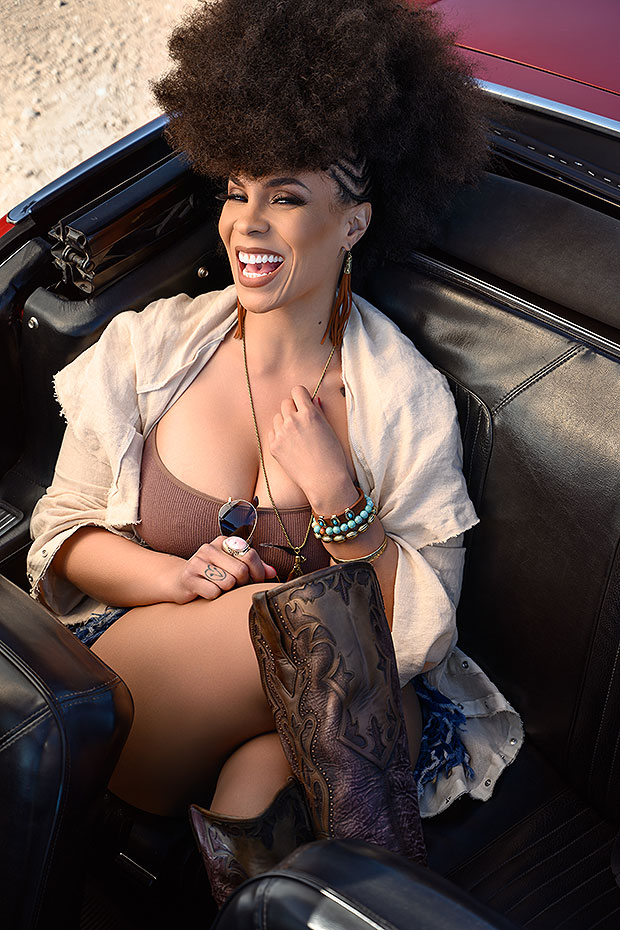 ” ‘Open‘ is a fun, quirky song about being closed off to love, but all of a sudden you’re doing and feeling things in this relationship that you never thought possible,” Ashlie shares with HollywoodLife. “You’re cliff diving, feeling free, sleeping less, but still have so much energy. When you’re in those early stages of a relationship, you feel like you’re on top of the world, which is an amazing feeling that I wanted to celebrate.” While this feeling of limitless potential is the driving force behind this track, Ashlie says the song found its direction thanks to a handy sign in Nashville.

“I was staying in this really awesome Airbnb in downtown Nashville, and there was this cool vintage looking OPEN sign on the wall as the focal point of the decor,” she tells HollywoodLife, “and for some reason, every time I looked at it, I kept saying, ‘that’s a song title.’ So, one day after meetings and networking in Nashville, I was in the mood to write using ‘open’ as a song title, and the rest is history.”

It’s not unusual for Ashlie to take a memory, a random encounter, or a moment in time and weave it into a song. “I draw all of my writing from personal experience,” she says. “I’ve had moments where I wanted nothing to do with love, but yet there I was laughing, spending a ton of time, and fully immersed in this amazing new relationship. Anger and hurt are easy emotions to play off of because those feelings are so strong, but I enjoy keeping things positive and celebrating the good times, which is exactly what ‘Open’ does. It celebrates all the highs in a really fun quirky way.”

The Wailers once sang “who feels it, knows it,” and with one look at Ashlie, you know it — that she’s so damn cool. Dubbing her brand of sound, “Country Vogue,” Ashlie began carving her path in the music landscape with 2019’s “Almost Love.” Since then, she’s caught the eyes and ears with her distinct take on country, blending it with pop and R&B to make a sound that can be considered the future of the genre. She kicked off her 2021 with “Those Nights,” a song that beams with confidence and sensuality. Well, when you’re a total badass like Ashlie, you’d be confident too, right?