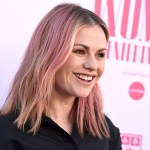 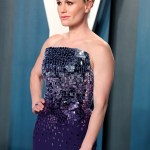 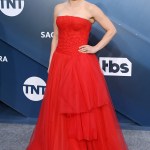 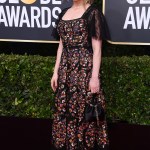 Anna Paquin didn’t mince words when she took to Instagram on May 18 to respond to some Instagram followers, encouraging them to ‘hit that unfollow button’ if they were going to spread hate.

Anna Paquin celebrated International Day Against Homophobia, Transphobia, and Biphobia on May 17 with a touching Instagram post, but found herself back on her page responding to haters for their comments. The Oscar winner, 38, shared a post on May 18 with a rainbow background and text that read, “Hey! FYI (for those unaware) June is LGBTQIA+ pride month. So the folks who put their bigotry on display in the comment sections of my recent posts why don’t you hit that unfollow button right now.” You can see the post below.

Not long after her initial post, the True Blood alum shared another message to Instagram. “I’m a [proud bisexual] who is married to a wonderful human who happens to be a man,” Anna wrote, referencing her husband of more than 10 years, fellow True Blood star Stephen Moyer. Anna also captioned the post, “If he doesn’t have a problem with it why should anyone else?”

Anna has been incredibly forthcoming and transparent about her sexuality for more than a decade. The actress disclosed her sexuality in a 2010 PSA for The Give a Damn Campaign. Since sharing her most authentic self with the world, Anna has used her platform to dispel misconceptions about what it means to be bisexual: a person emotionally, romantically or sexually attracted to more than one sex, gender or gender identity though not necessarily simultaneously, in the same way or to the same degree. Sometimes used interchangeably with pansexual, as defined by the Human Rights Campaign.

“The reason I feel like it’s important to talk about this stuff is that the more normal and, frankly, mundane and boring this stuff becomes, I think the better it’s going to be for everyone who is part of our community,” Anna said in a HuffPost Live interview, per Cosmopolitan. “There’s a lot of really hateful people out in the world who have strong opinions,” Anna reiterated.

“You know when you stick your neck out on certain topics, that some people are going to go ‘yay’ and some people are going to say some of the most vile things you can possibly imagine,” she revealed. Clearly, though, Anna has shown that she knows exactly how to shut down those voices. With Pride Month just days away, fans cannot wait to see how Anna continues to use her platform and live her most authentic life.