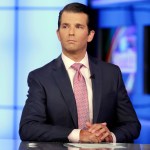 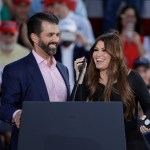 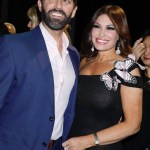 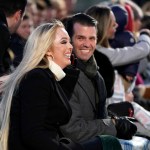 Donald Trump Jr. compared President Biden to Jimmy Carter as if it were an insult, and Twitter snapped to attention to remind him just how wrong he is.

When it comes to insulting a president, you may want to do better than comparing them to a widely beloved Nobel Peace Prize winner. Donald Trump Jr. left people scratching their heads when he tweeted on May 7 that “[Joe] Biden isn’t the next FDR he’s the next Jimmy Carter.” Twitter users quickly told Trump Jr. that he had no idea what he was talking about.

Biden isn’t the next FDR he’s the next Jimmy Carter.

“Jimmy Carter spent his post presidency building houses for the homeless with his own hands. Your dad is a 2nd Generation rich kid who lives in the attic of his golf course and gripes about his loss while he fantasizes about f**king your sister. Try….. Much…… Harder. FACT.” comedian Hal Sparks tweeted at Trump. “Donald trump Jr, and his impeached, insurrectionist, one-term dad, aren’t fit to shine the shoes of President Jimmy Carter or President Biden,” another Twitter user declared.

A Trump critic reminded the president’s son that one of Carter’s first acts in office was to pardon Vietnam War draft dodgers. As he knows, his father got out of enlisting five times. “Was Bone Spurs trump one of them?” they quipped. They have a good point; he may want to be thanking Carter, instead of insulting him.

On his second day in office, Jimmy Carter pardoned all the Vietnam War draft evaders by issuing Proclamation 4483.

Was Bone Spurs trump one of them?

Trump, in a rather hostile manner, explained later that he was comparing Biden and Carter’s economic policies — specifically Biden’s “awful” jobs report, which showed a slower-that-expected jobs growth in April, and the economic recession that happened during Carter’s presidency. Apples and oranges, said Twitter. It’s more about the make of the man.

Carter, 96, spent his post-presidency trying to help the world. Into his nineties, Carter was still helping build houses with Habitat for Humanity. He was awarded the Nobel Peace Prize in 2002 for his work with the Carter Center. Former President Trump currently spends his time wandering around Mar-a-Lago and typing into a blank Word Doc in all caps that he won the election because he’s not allowed on social media anymore.