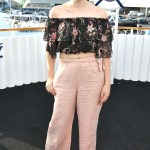 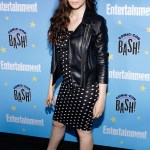 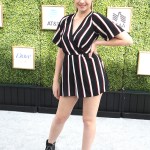 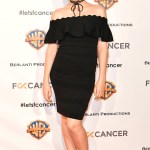 Nicole Maines wants lawmakers to know that transgender kids aren’t ‘too young’ to know they want gender-affirming treatments. Arkansas’ ‘cruel’ ban is only going to make the process more dangerous.

Supergirl star Nicole Maines is speaking out against Arkansas’ “cruel” ban on gender affirming treatments and surgery for transgender youth. Nicole, 23, transitioned as a young child and believes that the same opportunity should be afforded to all trans youth — no matter what transphobic lawmakers may think. “People should not have to wait until they’re adults to be themselves and to be happy,” Nicole said in an EXCLUSIVE interview with HollywoodLife. “They should not have to go their whole lives being miserable to try and make other people feel more comfortable.”

And Nicole doesn’t buy the excuse that kids are too young to understand what they really want. “Trans kids know what they’re talking about. If you’ve ever talked to a child, children know who they are. They know what they like, they know how they feel,” Nicole says. “I think there’s an inherent belief that kids are not smart enough to understand complex issues. It’s not a complex issue, and all medical, science, and psychology [experts] agree that people have grounded sense of self and gender very early, three or four years old.

The Arkansas measure bans doctors from providing gender-affirming hormone treatment, puberty blockers, or surgery to anyone under 18 years old. It also prohibits doctors from referring the patients to other providers for treatment. The bill was vetoed by Arkansas Governor Asa Hutchinson after outcry from the American Academy of Pediatrics, social workers, and parents who said the ban would harm transgender children already at risk for depression and suicide. Hutchinson’s veto was overturned by the Republican-controlled State House and Senate.

“Kids know who they are and forcing them to live a lie to make other people, to make strangers, to make lawmakers feel more comfortable is cruel,” Nicole told us. “And it will kill kids. You can’t wait until you’re 18 to be who you need to be. It’s one of the first things that you declare for yourself, who you are, your identity is one of the first things you build and whether you’re a boy or a girl or somewhere in between, it’s the first thing that you cement for yourself.”

She noted how nobody questioned her identical twin brother when he knew he was a boy. “For some reason ‘I was too young’ to understand gender and we were the exact same age. Heck, I was 10 minutes older than him! He was the young one. But everyone told me, ‘Oh you can’t understand it.’ No, you don’t understand it. It’s adults who don’t understand.” Nicole knows this struggle all too well.

She was “Susan Doe” in the landmark 2013 case Doe v. Clenchy. When she was a child, Nicole’s family sued her Maine school district for discrimination after she was barred from using the female bathroom and forced to use the staff bathroom after someone complained. The Maine Supreme Court ruled that the school district violated the state’s Human Rights Act, and prohibited the district from banning transgender students from using bathrooms that match their gender identity.

The Arkansas ban isn’t going to stop transgender kids from seeking hormone therapy and medical transition, Nicole warned. It’s just going to make it more dangerous. “Taking away the option for these kids to talk to specialists and experts in the field takes away their ability to make informed decisions,” Nicole explained. “And that is going to make this way more dangerous than it ever needed to be. You’re going to be self-administering hormones and all this stuff and you’re not really going to know what to do.

“It’s really important that kids have access to the gender-affirming care environment where you’re going to be able to explore that safely and take it away at all. It’s taking away people’s ability to be themselves,” she continued. “Everyone deserves to be comfortable in their own skin.” Nicole also spoke to HollywoodLife about Missouri’s new discriminatory youth sports bill. In Missouri, sports teams at public schools must be determined by “biological sex.” Transgender girls are also banned from female sports teams at public schools.

“It’s rooted in a fundamental belief that men are better than women. And it’s rooted in a fundamental belief that testosterone is some kind of magic pill that’s going to make you like Hercules,” Nicole said. “Women come in all different shapes and sizes. The hormonal difference we’re talking about is so small that we aren’t talking about having Shirley Temple go up against The Rock. They can’t even point to a situation where any of these hypotheticals that lawmakers are talking about even happened. No one’s losing their scholarship to trans women, no one’s losing their spot on the team.”

Nicole just wants lawmakers to realize that transgender children need to have the freedom to be themselves. “There’s so much crap in the world that is evil, and scary, and out to get you,” she said. “You should at least be able to go home and be comfortable in your own skin. You should at least be able to be comfortable with who you see in the mirror. And if who you see in mirror is a complete stranger, how are you supposed to find any moment of solace and peace and relaxation?”