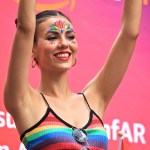 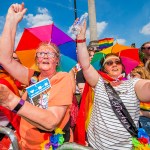 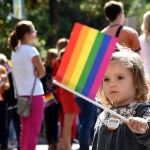 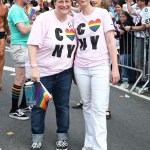 Stars like Gabrielle Union are urging Missouri to not pass a discriminatory bill that bans transgender girls from playing team sports.

Gabrielle Union, Jennifer Lopez, and more stars are lending their support to the father of a transgender daughter who gave an emotional testimony to the Missouri House of Representatives. Brandon Boulware begged state lawmakers to stop discriminating against trans youth with a controversial bill. HJR 53 would ban transgender children from getting gender reassignment treatments or playing sports on teams that match their genders.

If passed, the bill would be written into the Missouri state constitution. It states that sports teams at public schools must be determined by “biological sex.” Transgender girls would also be banned from being on female sports teams at public schools. Boulware said in his testimony that he and his wife forced their daughter to “wear boy clothes, get short haircuts and play on boys’ sports teams.” They came to realize they were “silencing our child’s spirit” and making her “miserable.”

When they allowed her to wear dresses and grow her hair, she became “a confident, a smiling, a happy daughter.” If HJR 53 passes, she will no longer to play on the girls’ volleyball and tennis teams or stay on her dance squad. “I ask you please don’t take that away from my daughter or the countless others like her who are out there. Let them have their childhoods. Let them be who they are. I ask you to vote against this legislation,” he said.

Gabrielle, 48, is the stepmother to a transgender daughter, Zaya Wade. At just 13-years-old, Zaya came out publicly and has inspired a generation with her bravery. Gabrielle and her husband, Dwyane Wade, have been behind her every step of the way. She posted the ACLU’s video to Instagram, writing, “We cannot silence our children’s spirit. Across the nation we have seen an increase in legislation that is meant to HARM children. Please do not let these despicable bills pass.”

Jennifer, 51, posted the video on Instagram, as well, and it has gotten over 5,700,000 views as of press time. The mother of two was moved by Brandon Boulware‘s love for his daughter. “I love… this touched me… a parents love… love changes the world,” she captioned the post, adding red heart emojis. Will and Grace star Debra Messing begged her Instagram followers to watch, reposting journalist Katie Couric‘s message about the video:

“God bless this father for standing up for his daughter,” Katie wrote. “For her dignity, her personhood, her truth, and all her trans sisters. This son of a minister leads with love. We should all follow his example.” CNN’s Ashleigh Banfield also shared: “Do unto others… Please listen to this heartfelt account from a loving father about his daughter’s struggle. If you are a parent this will leave you with a lump in your throat… If you do not understand what it means to be #transgender …this may help you get there.”