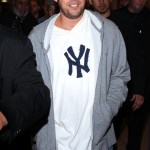 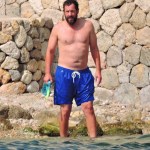 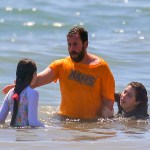 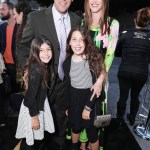 One IHOP worker ended up feeling like a ‘clown’ after she failed to recognize Adam Sandler and told him that he and his daughter would have to wait 30 minutes.

Dayanna Rodas shared a major L on TikTok at the start of the week. The 17-year-old International House of Pancakes hostess revealed that she didn’t immediately recognize Adam Sandler when he and one of his daughters popped into the Manhasset, Long Island location on Sunday (Apr. 25.) “Not realizing its Adam Sandler and telling him its a 30 min wait and him [of course] leaving because he’s not going to wait 30 minutes.” Dayanna then shared security footage of the incident: Adam and his daughter (either 12-year-old Sunny or 14-year-old Sadie) stand in the lobby, realize there’s a half an hour wait, and decide to ultimately bail. “It wasn’t until a customer walked in about 15 minutes later saying, ‘Adam Sandler was outside,’” she told the New York Post, “when I realized I spoke to Adam Sandler!”

“So yeah, everyone’s asking how I didn’t recognize him,” Dayanna said in a follow-up TikTok. “It’s because he had a big beard. I’ve never seen Adam Sandler with a beard. And the mask didn’t help.” Unfortunately, that means Dayanna hasn’t seen Uncut Gems (arguably his best movie), or You Don’t Mess With The Zohan (arguably his worst) since they both feature Adam with facial hair.

Plus, while no one expects him to wear a shirt that broadcasts “I am Adam Sandler,” the funnyman’s outfit didn’t really read “A-List Celebrity. He donned a well-worn North Face hoodie, shorts, and kicks. Considering he’s worth an estimated $420 million, that’s quite a casual outfit. But, it wasn’t like he was going to bust out a suit for some Rooty Tooty Fresh ‘N Fruity pancakes.

Adam, through his publicist, confirmed that it was indeed him in that video. Commenters reflected on how Adam simply acted as anyone else would and decided to not use his celebrity to cut in line. “The fact he could have said ‘I’m Adam Sandler’ and didn’t is amazing. Most celebrities would use their status to get them places,” wrote one. “I used to serve him regularly,” added TikTok user Drew Talbert. “Never served a nicer person.”

Earlier in 2021, Adam returned to Happy Gilmore in honor of the films’ 25th anniversary. Adam headed out to a local golf course to recreate the move his character, the titular Happy, was known for. Saying he hadn’t tried the swing “in 25 years,” a bearded Adam was happy to report he still has it. “I’m not lying to you. That is smashed. Smashed. That went pretty well. You’re dead, Shooter!”