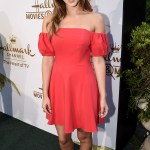 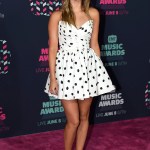 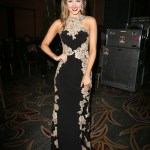 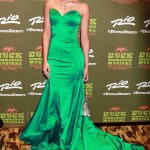 Pregnant Sadie Robertson opened up about criticism she faced in a conversation with Hannah Brown on new Facebook Watch series ‘At Home With The Robertsons.’

Sadie Robertson, 23, is absolutely gorgeous — but the Duck Dynasty star admits she felt insecure in her younger years, especially when she tried her hand at modeling. “I did modeling for a little bit and it was so hard. And I remember the guy came and grabbed my side and said, ‘if you would just 10 pounds, you would look like a real model,'” she said to Bachelorette Hannah Brown on an episode of At Home With The Robertsons on Facebook Watch. Hannah has also professionally modeled and competed in pageants.

“I was really tiny. It really hurt me. And I was like, ‘oh man, that really messed with me’,” Sadie — who is expecting her first child with Christian Huff any day now — added. “I hate that part of it. I don’t think it’s the pageant’s fault or modeling [industry’s] fault but I think that’s how we do it….and how we treat it,” she explained, going on to reveal another scenario that occurred at a “no makeup photoshoot.”

“I remember I was doing a no makeup photoshoot and I was so excited because I was like, ‘I get to show girls that this is what I really look like,'” she remembered as she and Hannah stood in a tree-filled forest area. Sadie bundled up in a sherpa lined denim jacket that went over her baby bump and gloves. “I got there, and the photographer said, ‘she doesn’t really have a face for no makeup.’ And they called in the makeup team and I was just crushed,” she added to a nodding Hannah, who also rocked a jean jacket. Sadie’s mom Korie Robertson and dad Willie Robertson  also joined the group for the powerful discussion, which is set to stream on April 15.

Talk show At Home With the Robertsons kicked off on April 5 with Sadie’s parents, hosts Korie and Willie. On the new series, the Louisiana-based couple plan to tackle a variety of hot topics dividing America. Various guests come in to join in on the candid chats, such as Hannah, Love & Hip Hop‘s Yandy Smith-Harris, NFL alum Tim Tebow and more. Of course, family members like Uncle Si are also expected to appear for some more action-packed sequences.

Sadie confirmed she was expecting her first child with Christian back in Oct. 2020! The couple held up a sonogram photo as the cuddled in a sweet photo, adding more in the caption. “SCREAMING WITH EXCITEMENT TO SHARE THIS NEWS! Baby we already adore you,” Sadie gushed. “That I’ve learned from you already – God has still been creating. God is still believing in us. God is still bringing forth LIFE. Hope is still to come.  How we choose to live will affect your generation to come, so I want to live my life to the fullest and be loud for you,” she added. In November, they also confirmed they are expecting a girl.