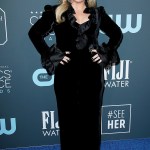 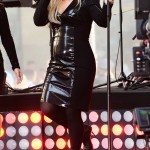 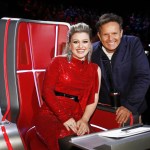 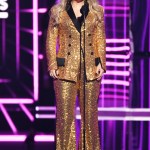 Kelly Clarkson once experienced a major bathroom emergency onstage that caused her to resort to using a trashcan backstage for… you know what.

When you gotta go, you gotta go! Kelly Clarkson shared a little too much information on the April 8 episode on her talk show, revealing a tragic tale about the time she needed to use the bathroom — like, NOW — and she was stuck onstage performing. She was able to hold it, thankfully, but all hell broke loose as soon as she ran backstage for a costume change.

“I shouldn’t tell this story. Well, I’ll tell you right now, there was one time — it wasn’t pee, my friend,” Kelly explained in a conversation with country star Clint Black. “I got some kind of wrecked up from some kind of food. I had to run backstage to my quick change. I grabbed this poor trash can and, boy, I destroyed it.”

Ooof. That poor woman. The Voice coach didn’t bat an eye while telling Clint the tragic tale. “It was bad, Clint. And we might have to edit this out, but I’m just saying, it happens! What are you supposed to do?!” The whole saga really didn’t phase the “A Better Man” singer. “I’m just trying to visualize, hang on,” he quipped.

Kelly, queen of relatability, is incredibly candid with her fans when it comes to sharing stories on The Kelly Clarkson Show. She never holds back! The American Idol OG even opened up about her divorce from Brandon Blackstock on her show, a painful topic. Kelly and Brandon were married for nearly seven years and have two kids together: daughter River Rose, 6, and son Remington Alexander, 4.

“I’m obviously going through [a divorce] right now,” she said on her show in December. “It’s horrible. There are so many hard parts. The hardest for me is the kids. I think, as women especially, we’re trained to take it all on and deal with it and you’re fine. But it’s your babies that you worry about.” Ultimately, she and Brandon decided that divorce would be best. “This isn’t happiness, and we both deserve better. That line so hit home for me: I don’t want this for everyone in this scenario right now,” she confessed.