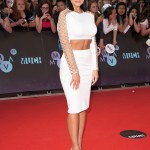 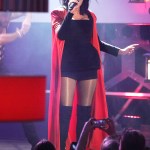 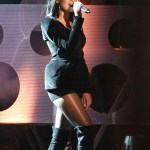 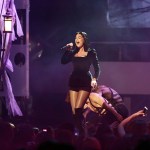 ‘Stereo Love’ singer Mia Martina wants women to stop looking at each other ‘as competition.’ She tells HollywoodLife how her new book ‘Boss Up Your Life’ encourages women how to ‘move in a sisterhood’ towards success.

“I found that a lot of my accomplishments were never celebrated,” Mia Martina said as she reflected on the early stages of being a multi-platinum music artist in a “male dominated” industry. The singer — who shot to fame with her 2010 dance hit, “Stereo Love” — is making sure other women and girls don’t have to embark on their own journeys towards success without a mentor by their side in her new book, Boss Up Your Life: A Girl’s Guide To Her Dream Career, which is out today (April 8). While Mia and her co-author, book publisher Ky-Lee Hanson, aren’t here to “tell you what to do,” she does EXCLUSIVELY tell HollywoodLife how the book will get you “to be successful” by tapping into the “right mindset” and relying on other women. This camaraderie was a luxury that Mia didn’t always have.

“I want [the book] to really focus [on] how important it is, as us as women, to work together and collaborate with each other. Because that’s the only way to push barriers — is if we help one another, and we really move in a sisterhood. Because that’s what men do,” Mia explained, saying “that’s why [men] are where they are — that’s why they support each other.”

“We need to do the same…we have to stop looking at another woman as our competition,” Mia continued. “More and more women are becoming more inviting — in inviting that sisterhood — but it really needs to come from a genuine place. And that’s really what me and Ky-Lee want to emphasize on, especially for the younger generation. We just really do need to stick together and support each other. It’s so important.”

Mia’s offering her support to other women in the form of a book “full of tips,” which she described as a “how-to guide” to “get the right mindset to be successful if you’re in the creative field.” With a lack of women surrounding Mia in the beginning stages of her music career, the dance music sensation had to rely on herself to cultivate this mindset.

After that experience, Mia didn’t simply want to pursue an independent path — she “needed” to. “You can’t create when you have all these feelings or these limitations or nobody to turn to or talk to, because you’re in a male-dominant circle,” she told us. “And that’s what made me change. And that’s what made me go independent. And doing so was very, very hard. But I learned so much. And I wouldn’t trade it for the world. Because now I actually know what my purpose is. And I know I wake up every day knowing that, ‘Yeah, maybe I have to struggle a bit more. And I have a lot more on my plate. But at least I’m doing it with my integrity and my direction and I feel good.’ Like I go to sleep happy.”

While Mia launched her music career amid these setbacks, she still looks back at the song that put her “on the map” — “Stereo Love’ — with nothing but sweet nostalgia. “It’s such a beautiful feeling, knowing that that song has touched so many people and so many people have great memories. And I was so fortunate to travel the world and to live my dream. So I’m forever grateful for that,” Mia said, after celebrating the song’s 10th anniversary in Oct. 2020. She added, “When I think back at 2010 it’s like, ‘Wow, that was my like, star-aligning moment, basically, for this journey. And I’m just filled with gratitude. I couldn’t ask for anything more. I’m so blessed.”

Fast forward more than 10 years later, and Mia has undergone an “evolution” since her debut single that also came with a music video that has accumulated more than 467 million views over the years. “I was also very young when [“Stereo Love”] came out. So like now, my songwriting — it has definitely a lot more substance and experience. And overall, I’m just more experienced,” Mia told us.

The upcoming EP will reflect a more “sophisticated” sound since the days of “Stereo Love” and “Latin Moon” in the early 2010’s. While Mia had to take an independent route to get to this point, she wants her new book to serve as the mentor that she as a young girl from her small Canadian hometown, Saint-Ignace, didn’t have access to.

“Imagine if we would have had a mentor, how much easier things would have been…but we didn’t have that. And luckily, we’re here today, but if I can help a girl that’s super talented, and just has these big dreams and aspirations, why wouldn’t I do it?,” Mia told HollywoodLife. “Like, there’s abundance everywhere…and that’s kind of what [Ky-Lee and I] want to do this…to help this raise awareness. Because I believe once you reach a level of success, and you’re out there, it’s your duty to give back. And that’s where I am in my life.”