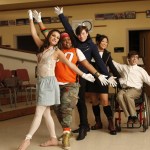 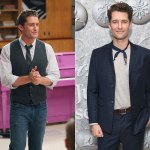 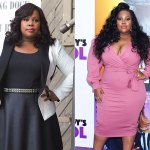 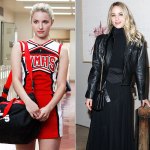 The ‘Glee’ cast reunited to celebrate the life of one of their own on Thursday, April 8.

The Glee cast paid tribute to the late Naya Rivera during a special virtual reunion as part of the GLAAD Media Awards on April 8, and it was a moment that fans of the TV series will likely never forget.

After acknowledging all the lives lost due to the ongoing COVID-19 pandemic, the cast turned their attention to the hardest loss they had to suffer — the death of their “dear friend” Naya Rivera. Each cast member took a turn saying how “talented” they knew she was and how much of an impact she had on them, as well as the millions of viewers who tuned into Glee each week. “There was so much more than met the eye with Naya,” said Darren Criss.

“She made everybody laugh on screen and off but the real win is if you made her laugh because you knew you actually did something really funny,” Jenna Ushkowitz added.

GLADD honored Naya Rivera with the GLEE cast ❤️ a statement from her mother 👇🏾 pic.twitter.com/K5tHKmgK3f

“It’s something to celebrate,”Jenna told Entertainment Weekly before the cast’s reunion. “It’s something that marked a lot of fans’ lives and affected a lot of people in the fandom because of her bravery as a character and seeing themselves represented on TV. Glee was breaking barriers at the time. It’s bittersweet because we miss her so much, and I feel like there was so much more she would have done if she was still around, but the fact that we’re able to pay tribute and honor the work she did do, and the effect she did have on people’s lives, it gives us something to celebrate as well in her remembrance.”

Naya tragically passed away in 2020 — she drowned at Lake Piru, near Santa Clarita, California, while swimming with her son, Josey, who was found alone on their rented boat. Following her death, most of the Glee cast gathered to memorialize her, while fans mourned her death by rewatching Naya’s best performances from the hit Fox TV series, which lasted six seasons and ran from 2009 to 2015.