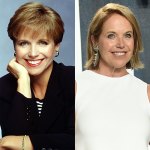 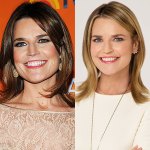 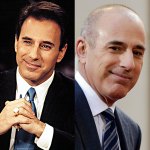 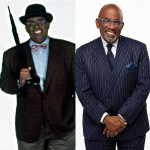 Brooke Baldwin lamented over the gender differences at CNN, the network she’s worked at for 13 years, while pointing out that all the ‘most influential’ primetime anchors are men.

Brooke Baldwin, 41, is talking about her problems with CNN’s “highest paid” anchors being all men as she leaves the network. The anchor, who is departing the major news channel after 13 years, appeared on an episode of Ms. Magazine‘s On The Issues With Michele Goodwin podcast to discuss her career and how clear it is to her that there’s a lack of women in the “most influential” positions.

“I’ve been anchoring for 10-plus years, the majority of that time two hours in the afternoon. And in that time, you know, the most influential anchors on our network [and] the highest-paid, are men,” she said on the podcast. “My bosses, my executives are men. The person who oversees CNN Dayside is a man, and my executive producer for 10 years is a man. So, I have been surrounded by a lot of men.”

“I do think it is changing, I know it is changing just by looking at some of the faces that are popping up more and more on our channel,” she hopefully added.

Brooke, who hosted the CNN Newsroom, also discussed how the gender disparities at the network affected the number of stories about women. She explained that she would advocate for women’s stories and “got told no a lot” but still managed to overcome some of the denials. “Little by little, by having women in places of power — and I would argue behind-the-scenes, not just in front, but behind-the-scenes — that is how you then have stories that reflect who they are,” she said while adding that “it’s getting better but we still have a bit of a ways to go.” She continues to advocate for women’s stories in her new book, Huddle: How Women Unlock Their Collective Power.

Brooke’s comments about the gender inequality at CNN come after she announced she would be leaving the network in Feb. She began her work there as a freelancer in 2008 and is finishing this month. Her on-air time included a lot of headline-making moments and she got a lot of attention earlier this month when she published an essay that revealed her tough battle with COVID-19, which included agonizing body aches.

She also recently opened up about her newly released book Huddle: How Women Unlock Their Collective Power, which explores “huddling.” It describes the term to mean “when women lean on one another—in politics, Hollywood, activism, the arts, sports, and everyday friendships—to provide each other support, empowerment, inspiration, and the strength to solve problems or enact meaningful change.” Brooke revealed that writing the release influenced her to leave CNN.

“I don’t know if it was a combination of turning 40 or having done this job for a decade or it was being in the deep end with these women, interviewing them — it was different from my day job,” she told PEOPLE about the book. “A lot of the people come on my show, but you do these interviews, you’re given four or five minutes [and then you] move on to the next.”