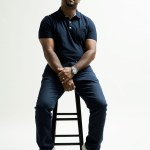 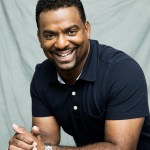 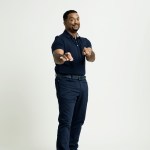 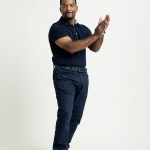 With a new ‘Fresh Prince’ on its way, will the original Carlton pop up? Alfonso Ribeiro tells HL EXCLUSIVELY if he’ll be part of the upcoming ‘reimagining.’

It’s been about six months since Will Smith announced that The Fresh Prince of Bel-Air reboot was coming to NBC’s streaming service Peacock. Yet, this isn’t going to be like the classic ‘90s sitcom that made Alfonso Ribeiro – and his signature dance – a phenomenon. “It’s not a reboot. It’s a reimagining,” Alfonso tells HollywoodLife in an EXCLUSIVE interview. The AMFV host and pop culture icon, who recently partnered with TGI Fridays to help launch its “Under The Big Top” celebration, spoke about how the upcoming Bel-Air, as a drama, will offer a new take on the show’s premise. Ultimately, that means viewers won’t see Alfonso reprise his role as the loveable Carlton Banks. “It’s a completely different show with, with none of us really involved in it,” he says, confirming he won’t make a cameo. “Not from me, no.”

While that may break the hearts of ‘90s kids, Alfonso tells HollywoodLife that he’s really excited to see where this new Bel-Air goes. “What I do love is the idea that, rather than doing the same old reboot thing where everyone’s just basically regurgitating things of old, I love that I love the fact that it’s going to be a new show,” he says. “It’s not the same show, it’s not, you know, someone trying to play Will and someone trying to play Carlton,” he said, referencing his and Will Smith’s characters on the original series.

“It’s going in a completely different direction, so I’m interested to see what’s going to happen. I have no idea what’s going to look like, but I’m sure you know, everything that Will put this puts his hand on typically turns out pretty good,” he adds.

Will Smith announced in September 2020 that NBC had given the new series the green light. “We have just officially closed the deal with Peacock with an unprecedented two-season order from a pitch,” he said on his YouTube Channel, per CNN. “I’ve been in this business for 30 years, and that does not happen.” The announcement included a video of Will on a call with writer/director Morgan Cooper, who reimagined the new series as a drama in the 2019 spec trailer. Bel-Air will involve a dramatic look at the “inherent conflicts, emotions, and biases” that would involve a young Black man from West Philadelphia as he’s suddenly transplanted into the affluent neighborhood of Bel-Air.

During Alfonso’s chat with HollywoodLife, he shared two fond memories of James Avery, the beloved actor who played “Uncle Phil” on The Fresh Prince of Bel-Air. James passed away in 2013 following complications from open-heart surgery. “We were a cast that loved to spend a lot of time together,” said Alfonso, “and we really did. We would go to lunch together as often as possible. One of my favorite memories is literally all of us just piling into his Mercedes because he had the biggest car of all of us. And we pile in, and it was literally almost all of us in that car. We would drive the car, and it would be almost riding on the ground, with all of us in there. And going to lunch during that first season and really getting to know each other.”

“One of the funny memories was that there was a time where we’re shooting, and we would have real food, and so he — he decided he was going to eat some of the actual food!” said Alfonso. “Well, it had some oil, and it dropped on his shirt, and he kept saying, ‘it’s water, its water.’ And we’re like, ‘it’s not water, because, look, we’re trying to dry it, and it’s not drying.’ It’s creating like an oil stain. He held onto his truth no matter what was going on. So, those memories make me smile every time I think of them.”