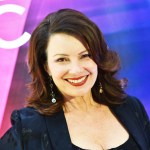 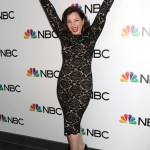 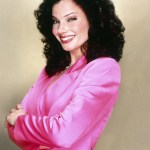 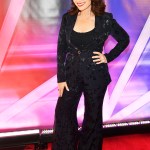 Decades after its debut, ‘The Nanny’ is finally available to stream, much to the delight of fans — & its iconic star, Fran Drescher. Read our exclusive interview!

90’s lovers, rejoice: for the first time ever, the classic TV sitcom, The Nanny, is available to stream on HBOMax. Starting today, fans of Fran Drescher’s beloved sitcom can settle down on the couch like it’s 1993 again and delight in the shenanigans of a fabulous fashionista from Flushing who, after getting dumped, lands the job of a lifetime as the nanny to the three children of a well-respected and ridiculously wealthy Broadway producer. “Nobody has seen the original cut since 1999 which is wild in so many ways!,” Fran shared with HollywoodLife EXCLUSIVELY, as she celebrated in her iconic show finding a home on the streaming network. “If you don’t have HBOMax, get it because they have so many great things on, but especially they were smart enough to get The Nanny… I mean, everyone else missed the boat — oh well for the rest!”

The show, which was created and produced by Fran and her then-husband Peter Marc Jacobson, made Drescher an icon, which opened the door for her to do incredible work on-and-off the screen. Besides her continued success in TV, she’s also been a fixture on Broadway, a political activist, and a fierce ally in the LGBTQ community. Perhaps most notably, in 2007, seven years after being diagnosed with uterine cancer, she launched the Cancer Schmancer Organization. Named after the title of the second memoir, the foundation fights to help women have their cancers be diagnosed while in Stage 1, the most curable stage.

In speaking with Fran before the big debut on HBOMax, she shared her thoughts on The Nanny’s legacy, gave an update on the planned musical, and shared if she regrets having Donald Trump on the show after his time as President. Oh yeah: and we talked Barbra Streisand – because we had to!

We didn’t know we needed The Nanny when it came out, but we did, and now, we need it again. Why did you feel that now was the perfect time to release it?

This is a question that has been repeatedly asked for the last ten years, since streaming had taken its foothold in our viewing habits. I have really had no clue what to tell the fans; I did not understand it myself, nor did Peter. And it always seemed to me that a lot of these places were not plugged into how obsessed the millennials were with this series and the clothes and how big an audience we had with the gay community. And, how families loved this show more than most shows, because it appeals to each of them in a different way and they can each enjoy it unilaterally. So, it was really a conundrum and I guess, good things happen to those who wait because this bright and shining, super-smart, amazing new streaming channel that totally gets what is happening now and has their thumb on the pulse of what was really is going on and they have a young fresh audience and that is HBO Max!

Do you think the table read last year helped things?

We did The Nanny table read reunion early on in this pandemic as a gift to our fans, because everyone was so scared and upset. We thought, let’s do a virtual read and it will be at least something to look forward too. Nobody made money; even the studio helped us put it together and edited it. It was a labor of love to lift up the fans and lift up their spirits, when everyone was frightened.

And millions of people watched it and loved it! So, maybe that showed Sony, who is our parent company, that this thing has legs and maybe we need to pivot our focus on it more than we have! That’s my own guesstimate; all I know is that it took its time to find a home. It has always been asked to me and Peter, “Why, why, why!” We couldn’t figure it out — and now we are over the moon. To everything there is a purpose under heaven. We are doing The Nanny musical and that will also be on HBO Max.

I imagine after people see this again, and then the musical, they will want a reboot. Do you think, if/when that happens, that Cardi B or Barbara Streisand could be a part of it?

Well, I am going to say definitely no to Streisand (laughs). But, I have to say, I know her, and she once said this to me — she was so grateful, because in the 90’s, my character’s obsession with her kept her very current at a time when it was a little difficult for her to be current. And she didn’t even have to do anything! Her presence is in the musical… You know it has to be! She is very significant for Fran Fine!

When people start streaming again, what do you hope people take away first? I imagine some people are going to see the Donald Trump episode and talk about that out of the gate. Do you look back at that moment as something you wish didn’t have occur?

I think that the thing that we drove home in the writer’s room was to always write the show towards the global message that it doesn’t matter what you look like or what you sound like; it is what is in your heart that counts. If you watch it through that prism, you might get something else out of it. But also look at the clothes and the physical comedy of the show, the details of our humor and the brilliance of Renee Taylor as my mom… I didn’t want to do a typical antagonistic mother-daughter relationship. I am really good friends with my mom. I love her, and I wanted to show that on television. People really loved those scenes in the kitchen. So loving your mom and going to her for advice and being friends and being more alike than different, these are relationships that aren’t often explored on television.

We just finished Women’s History Month — when it comes to more opportunities to show more stories of women that haven’t been seen, do you think that is getting better? Or do we still have a long road ahead of us?

I think that what we see on the screen has a lot to do with who is telling the stories behind the screen. That begins with writers and directors and appreciating that a woman can be funny. A woman can carry a movie and open a movie. A woman can carry her own series and that women’s stories are interesting and universally relatable.

What dreams are left for you, as your career continues that you’d like to achieve or achieve again?

I do enjoy directing and I am thinking of getting back into that. I have another book I would like to write. I want to live in Europe for a stretch of time and [experience] what that feels like and maybe become more fluent in a second language. And I just look forward to a time where we can feel more free and feel healthy and make healthier choices. I want to see my organization Cancer Schmancer really continue to be so pivotal and shifting the focus of trying to fix what is broken to identifying the cause and eliminating it! I think that it’s an unfortunate, absent conversation throughout this pandemic. This is a great opportunity to look at why people’s immune systems are so compromised, why people are so unhealthy, why some people catch it and other people die from it, and what are we doing to contribute to our own disease.

And that is not really talked about unless from a groundswell up, with places like Cancer Schmancer. It is never too late to turn a negative into an opportunity and I encourage everyone to come to CancerSchmancer.org/ and sign up. There are some unbelievable programs that can help you right now!

The Nanny is now streaming on HBO Max.