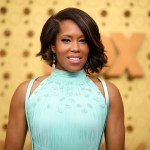 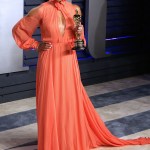 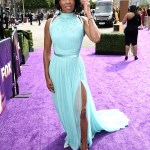 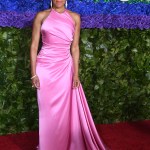 The director reveals the reaction of the late crooner’s relatives to the film and Leslie Odom Jr.’s Oscar-nominated performance.

Sam Cooke’s family loved the way the “Cupid” crooner was portrayed in the Oscar nominated film One Night In Miami, Regina King has revealed. The actress told HollywoodLife how the late singer’s relatives reacted to her directorial debut, which features Leslie Odom Jr. playing the star who was tragically killed in December 1964.

“Sam Cooke’s ex-wife, who was portrayed in the film, Barbara, she was filled with a lot of emotion, which was great,” the 50-year-old actress said. “And his granddaughter, Nicole, who I speak to often…was very responsive and she felt as though the legacy of her grandfather was honored.”

Regina also revealed that the “Cooke family was very much involved throughout the process.”

One Night In Miami explores what happened on the night of Feb. 25, 1964 when four cultural icons and legendary African-Americans, celebrated Muhammad Ali’s stunning defeat of heavyweight boxing champ Sonny Liston. Featured in the fictionalized account of the true, private event, are Malcolm X (played by Kingsley Ben-Adir), NFL legend Jim Brown (Aldis Hodge), Ali – who was then known as Cassius Clay – (Eli Goree), and Cooke.

Released on Amazon Prime in December 2020, the movie has been a hit with critics and movie fans alike. Jim Brown – who is the only surviving member of the four men portrayed – also “really, really enjoyed the film,” according to Regina who said he told her it was “powerful.”

Although Regina missed out on a directorial Oscar nod, Leslie has been nominated for a Best Supporting Actor Academy Award and the movie is in the running for Best Adapted Screenplay. The high praise and fan reaction have thrilled Regina, a former child star whose presence on film has been ubiquitous for decades.

“I feel really good,” she said. “It’s one of those things, not always the intention is received as intended. That does not always happen in life… So, here it is a moment that happened for us as filmmakers. I couldn’t be happier.

“I hope that it continues to reverberate throughout years and years and years and people look at it as, perhaps now, a call to action. And maybe many, many, many years from now, it will be one of those films that one can say, ‘Yeah, that changed my view on something.’ Or ‘It moved me in a way that it made me want to…’ whatever that positive want to may be. I don’t want to put a specific thing…

“This is one of those instances where I would love for however that sentence is finished, be just broad. It could be a plethora of actions or words to finish that sentence. So, all that to say, it’s been good and it feels good.”

The film is a momentous achievement, especially when you think of the place that each of these four icons hold in American history, as activists and leaders, in addition to being at the top of their respective fields. The lives of two out of the four men were cut tragically short within a year. (Sam Cooke was shot to death just 10 months after that night in Miami and Malcolm X, who had split from the Nation of Islam, was assassinated the following February.)

Leslie, in particular, has been showered with praise for his portrayal of the gospel singer turned heartthrob crooner whose songs included ballads like “You Send Me” and the civil rights anthem, “A Change Is Gonna Come.” “I feel every single one of them did a great job,” Regina said, gushing about her leading men. “Every single one of them.”

As for what’s next for the Watchmen star, she’s already eyeing her next directorial project. “I have a few things in mind,” she said. “A few things that are in development. I guess the job for me now is try not to compare it to the first experience and just focus on creating the next experience.”

As for what genre she will be exploring, Regina promised that they are both “period pieces.” “I feel like we’re kind of in a place now where we definitely need to correct some of the revised history, and I feel like there is something very powerful with being reminded of from whence we came… from where we’ve come and where we want to go.”

Asked if her focus will be Black history, Regina said, “No.” But, she noted, “Blacks are involved.” “[We’ve] always been there. That’s kind of a reminder that, especially in this country, when I talk about [the] history of how this country was made, it’s very important to remind that we’ve always been here. A lot of this is impossible without us.”

Regina spoke to HL as part of her partnership with Vaseline and the brand’s March 24 Equitable Skincare For All Zoom Event to discuss skin and healthcare inequities.