We absolutely miss seeing Eric Decker and Jessie James Decker and their shenanigans on our TVs after their hit show Eric and Jessie went off the air in 2017. While fans go crazy over Jessie’s old clips from the show that she posts on social media, the multi-hyphenate spoke to HollywoodLife.com in an EXCLUSIVE interview about possibly reviving the series. “I do see Eric and I doing another so, and happily,” Jessie told HL. “My dream is really to do a cooking, lifestyle show in the kitchen and the kids can pop in and out once in a while, so we will see what happens.”

Jessie revealed she is concerned to give her three kids, Vivianne, Eric and Forrest, a ton of camera face time at such a young age. “I’m a mama bear and want to be protective of the kids, for sure,” she explained, adding that she and Eric would also want to be protective of the privacy of their Kittenish employees. “I take our business very seriously and I  wouldn’t want to turn that into entertainment or anything that makes my team and girls unable to do their jobs,” Jessie said. “So if Eric and I were to do a show, you’d get a glimpse here and there of our daily lives, which obviously, Kittenish is included in that.”

Speaking of Kittenish, Jessie’s super cute brand just dropped swimwear and tanning collections! “I think you’re just seeing Kittenish grow and continuing to grow beyond what I ever thought it would be,” she gushed. “I make this brand for my audience. I want to make sure what I’m putting out they love and make them feel good about themselves.” 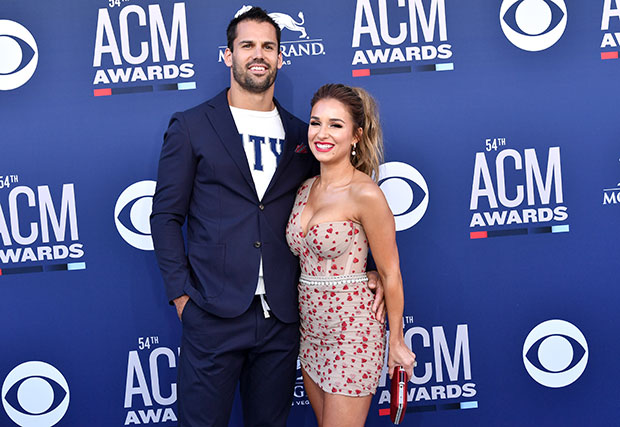 She also is collaborating with the footwear brand KAANAS, designed and handmade in Colombia. “We have a few drops that we’re going to be doing, but for this first one we wanted to come out with just some simple designs,” Jessie explained. “Especially with spring coming and we’re easing our way into warmer weather, I wanted to make sure the designs were easy-going and staples.” The first drop includes an adorable pair of white tennis shoes, and a pair of pumps that are JJD-comfort approved!

“I wore them on Valentine’s Day with Eric — they’re called the Luzon — and those were probably my favorite!” she gushed. “It just like made me so happy that I wear the heels that didn’t hurt my feet all night.” So cute! Stay tuned for a second drop of Jessie’s collab with KAANAS coming soon!