Bella Thorne is switching up her look! The 23-year-old former Disney Channel star took to Instagram on March 10, to share snaps from her recent trip to Miami. Posing at the Versace Mansion in South Beach, she totally resembled Donatella Versace, with bright, cascading blonde locks. She also rocked a halter neck bikini featuring the fashion house’s iconic, opulent gold print with matching high waisted pants. “a Cuban girl back in her hometown Miamiiiiii,” she captioned the series of photos, noting that her pal Shabir Shaprio was joining her on the trip to the Versace mansion.

“Also that’s Sabir he helps me write my music he’s also my best friend,” she added, tagging the songwriter. Bella wore a black scarf in her hair, and rocked long pointy nails as she accessorized with two silver watches on her wrist. Although Bella is a natural blonde, she has been dying her hair bright red since she burst onto our screens alongside Zendaya in the first season of Shake It Up.

The controversial actress recently opened up about the pressures of being young girl and a rising star in an interview with Us Weekly. “We had to deal with that so much on Shake It Up,” she said, referencing the constant comparisons made between the two stars. “It’s like we said [in] a couple interviews when we were younger, how we explained how in the first season we weren’t friends and it took us those other two seasons of becoming so close,” she continued. “[It was hard] not having someone pitted against you [before] and then all of a sudden, now everyone is pitting you against each other. That fed into our heads. It made us not [be] friends in that first season.” 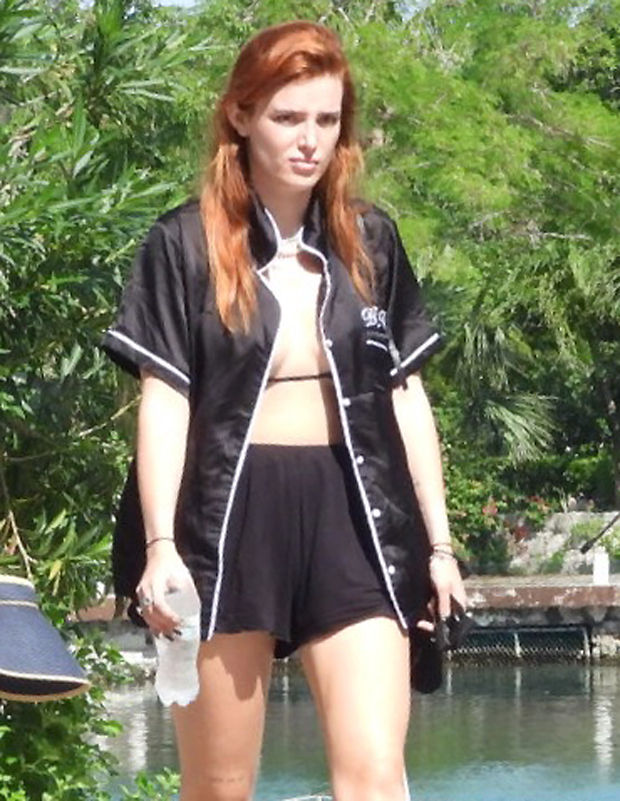 More than seven years after the series concluded in 2013, Bella remains a huge fan of everything her former co-star, 24, has achieved. “Zendaya’s amazing. I f**king love her,” she said. “She’s always been amazing and she’s always going to be amazing. I’m just happy that people see that. She’s getting the recognition she deserves. That just makes me so happy. I feel like when people put us against each other, it’s just like…‘Why are you doing this? Is it just because we’re women?’”