Russell Wilson, 32, is such a doting dad! The NFL star, who shares his seven-month-old son Win with singer Ciara, 35, took to Instagram on March 5 to share a sweet new video. “Soon!” he captioned the clip, which showed baby Win crawling across the living room floor. Russell laid on his stomach as he encouraged the tot to crawl towards him to grab a green toy. Ciara, who was filming the sweet video, was heard saying, “He literally went like six feet this morning.” He’s growing up so fast!

Just seven months after welcoming Win in the summer of 2020, the R&B singer virtually sat down with Oprah Winfrey for her “Be The Love You Need” event, in partnership with Weight Watchers on February 13. Ciara opened up about how she was feeling about her body after giving birth.“This week, I’m actually back on track, like all the way on track and I feel really good about where I’m going,” she revealed. “I’m ready to finish this thing out. I have about 18 more pounds or so left, so I’m also enjoying the process to reach my goal.” 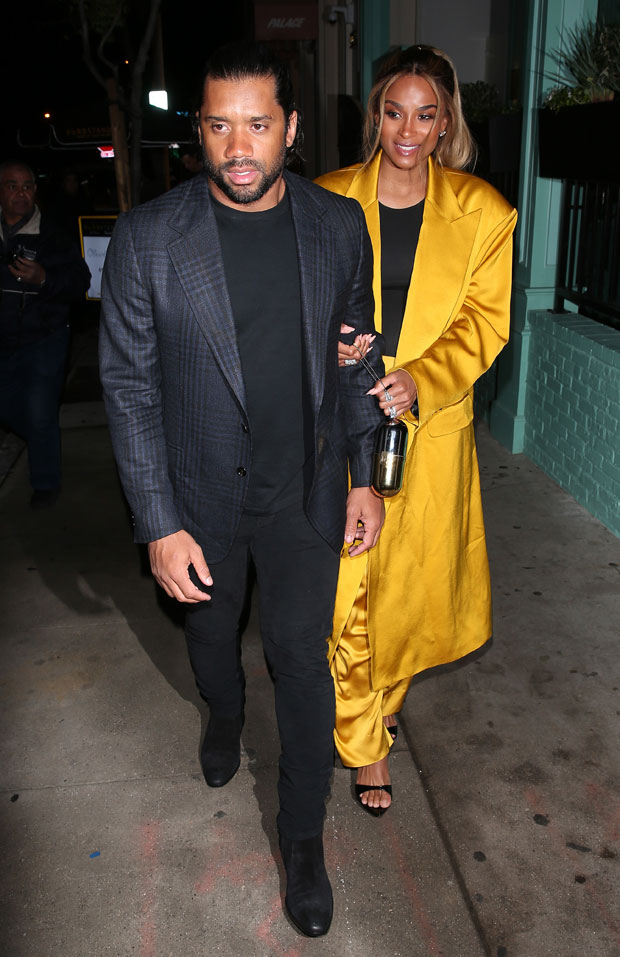 Despite having a “goal” weight, the “One, Two Step” hitmaker revealed she was enjoying the whole process. Ciara explained, “I’m embracing my curves. I think I may want to hold on to five more pounds than I normally would. It is somewhat a new me. Again, I was a bit more intense in my thoughts and goals and I realized, I had to step back and say, ‘I’m actually doing really great. I’m doing good.’ You’ve got to allow yourself to enjoy the process. It’s OK to have a little fun.” What a great message!

Russell also recently opened up about how he keeps the romance alive in his relationship. “You got to constantly put each other first, and we have our date nights every Friday. We try to do our thing and have our one-on-one time and make sure that we spend that quality time doing something fun together. That’s one key thing,” the Seattle SeaHawks quarterback told Entertainment Tonight on Feb. 10.

Related: Russell Wilson’s Parents: Everything To Know About His Mom & Dad