You would think that being the child of Eddie Van Halen, that there would be some expectation that you’d have to match his legendary guitar-playing skills. If there is such pressure, Wolfgang Van Halen wasn’t feeling it when he put together the debut album from his new band, Mammoth WVH. “I was able to put it out of my mind because I know people are going to think that either way, no matter how many times I say ‘I’m not going to be doing this,’” Wolfgang says during an EXCLUSIVE interview with HollywoodLife. “Because I know everybody’s just going to have a hint going like, ‘I’m sure it’s going to show up at some point’ kind of thing.”

“You just kind of put it out of your mind, and I’m just making music that I want to hear. And I guess we’ll see if that’s what other people want to hear,” he tells HollywoodLife. People want to hear Wolfgang’s new music. “Distance,” the debut single from Mammoth WVH’s upcoming self-titled debut, has reached No. 1 on the MediaBase and BDS Active Rock Radio Charts. Released in November, following Eddie Van Halen’s tragic passing in October, “Distance” (and the corresponding music video) celebrated not just his legacy as a Van Halen co-founder and guitar legend. It showed Eddie to be a beloved and caring father.

Wolfgang shared that he never felt any kind of obligation to follow in the footsteps of his father or his mother, beloved actress Valerie Bertinelli. “My parents were never like that with me growing up,” he says. Wolfgang began playing music when he was ten, starting on the drums before moving onto guitar and then to bass. He plays all the instruments on Mammoth WVH and a live band – as seen with his recent performance on Jimmy Kimmel Live! – backs him up for gigs. 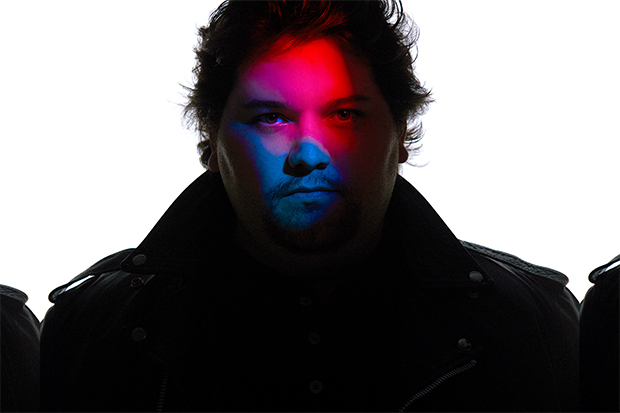 “I do everything I can within the context of the song to really try and make everything shine, never to a point where it’s overdoing it,” says the multi-instrumentalist. “I think that’s where people will be surprised that there are not too many guitar solos on the album because I always make it for the song. It’s never an opportunity to kind of shred or show off. It’s just kind of what fits the song at this moment the best. There are definitely guitar solos on the song, ‘You’re To Blame’ that’s out. There’s definitely a guitar solo on that. But overall, I find what I do being based around a songwriter mentality rather than somebody who’s trying to show off.”

“This music is me,” he says. “I figured out who I was as my own artist through this whole process. I like to joke with my friends and everyone that I never went to college, but this was basically my own little college for me, was making this album and writing.”

Though Wolfgang played bass while in Van Halen, he’s shifted to guitar for Mammoths WVH. The move has only invited more fans to expect him to be the second coming of his dad, to which he says, cool it. “It’s funny the bar that some people hold me to,” he says. “It’s like, if it’s not ‘Eddie Van Halen caliber,’ which is the top-of-the-like-kind of thing, then it’s not good enough. And it’s like, ‘Hey, could I just be like, down here [where] I’m great or good?’”

“There’s a huge bar between ‘terrible’ and ‘Eddie Van Halen,’ ” Wolfgang says with a laugh. “I’d like to kind of live somewhere over here [near good.]”

One person who thinks the Mammoth WVH album is more than “good” is his mother. By adopting this name – Van Halen, the group, went by “Mammoth” before shifting over – Wolfgang is honoring his family, and the work has gotten their seal of approval. “She loves it all. She cries when she hears everything, and she’s just the proudest mom,” he tells HollywoodLife. During the chat, Wolfgang elaborated on something he told Rolling Stone, that he’s “the kind of person I am today” because of her. When asked what part of him is most like Bertinelli, he says it’s his respectful demeanor.

“I guess the tenet that she raised me with was treat people how you want to be treated,” he says. “And I think if that were everybody’s just basis for life, it’d probably be a way better place to live. So I don’t know, not that I’m saying I’m more thoughtful than the average person, but I tend to base most of my decisions with that thought in mind. And that’s what my mother instilled in me.”

In the above video interview with HollywoodLife, Wolfgang also speaks about the kind of music fans can expect on Mammoth WVH, how he’s growing comfortable as a frontman, and the most important question: what game he’ll play when he finally makes his long-awaited appearance on the videogame Let’s Play channel Game Grumps.