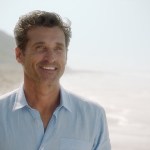 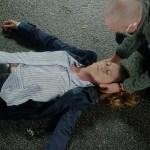 Kate Walsh revealed how she feels about returning to ‘Grey’s Anatomy’ to reprise her role as Dr. Addison Montgomery. She exited the show as a main cast member in 2007.

Kate Walsh would “absolutely” want to make a comeback as Dr. Addison Montgomery on Grey’s Anatomy, 14 years after leaving the show as a main cast member. The 53-year-old actress, who currently plays Emily’s boss in Emily in Paris, revealed her thoughts about reprising her role in a new interview as Season 17 of Grey’s Anatomy‘s currently plays out on television.

“If they could get it done, I’d be happy to come back,” Kate told PEOPLE. She teased, “Maybe I’ll Zoom in. Dr. Addison could Zoom in.” This would make sense in the current season‘s storyline, since it has incorporated the actual realities of the COVID-19 pandemic into its fictional universe.

Kate made her iconic debut on the show as the scorned wife of Dr. Derek Shepherd (played by Patrick Dempsey) who discovers that her husband has been in a secret relationship with Meredith Gray (played by Ellen Pompeo) in the Season 1 finale, which aired in 2005. Kate and Ellen even paid tribute to the 15-year anniversary of this awkward moment between their on-screen rivals in May of 2020! Even in the beginning, Kate knew that Grey’s Anatomy had a “great” future ahead of it.

Unreal that today marks 15 years ago to the day since this little lady walked on to your screen and checked ya for screwing her husband 💅🏼🤝 #GreysAnatomy #Addison #FBF @GreysABC @PatrickDempsey @EllenPompeo pic.twitter.com/aG1VpWPxrv

Kate left the series as a main cast member in May of 2007, although she did make a rare appearance here and there in the years afterwards. Her last official appearance on Grey’s Anatomy was in the episode “If/Then” that aired in Feb. 2012 (it was an alternate reality episode, in which Addison was still married to Derek).

Kate went on to star as Dr. Montgomery in the spinoff series Private Practice, which ran between 2007-2013. In addition to Emily in Paris, Kate has recently starred on the TV series The Umbrella Academy and 13 Reasons Why.