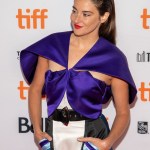 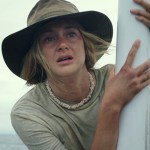 Jodie Foster chatted with Jimmy Kimmel about Aaron Rodgers and Shailene Woodley, confessing that ‘the Green Bay Packers somehow came up’ when she bonded with Shailene on the set of their film!

Everyone knows that Jodie Foster is an incredibly accomplished actress, but did she use some of her talents during her February 18 chat with Jimmy Kimmel? The two-time Oscar winner, 58, appeared on Jimmy Kimmel Live where she was pressed by the eponymous host about her connection to recently engaged couple Aaron Rodgers and Shailene Woodley. “I’m a big Packers fan,” Jodie confirmed to Jimmy when the talk show host brought up Aaron Rodgers’ NFL MVP Award speech from February 6.

During the speech, Aaron seemingly gave Jodie a shout out, leading many to wonder how the two could possibly be connected. “You see, he said ‘my team,’ even though he said ‘off the field.’ That makes me a Green Bay Packer,” she went on. “People keep saying to me, ‘No, Jodie, that does not mean you’re part of the team.’ But it does mean I’m part of the team.”

So, was Jodie a part of “the team” that was instrumental in getting the Big Little Lies star, 29, and football player, 37, together? “No!” Jodie responded when asked by Jimmy if she even knows Aaron. “You had no idea he was going to say this?” Jimmy pressed the star. “He just knows I’m his biggest fan,” Jodie slyly said.

But it seems like there’s a bit more to the story. During production on her recent film The Mauritanian, Jodie and Shailene spent some time together and bonded over their mutual admiration for a certain football team. “He mentions his fiancée, who is Shailene Woodley, who is your co-star in this particular movie,” Jimmy said. “And that’s just a total coincidence?”

“I don’t know if that’s a coincidence, but yes, she is, and she’s fantastic,” Jodie gushed about Aaron’s beloved partner. “So we spent a lot of time on The Mauritanian together in a little tent with a little air-conditioning spitting at us, talking about our lives and recipes and people we hate and things like that,” Jodie said, before admitting, “And the Green Bay Packers somehow came up!”

Well, it seems that the mystery of how Jodie Foster was mentioned in Aaron Rodgers’ NFL MVP Award speech remains unsolved. But should Jodie win a Golden Globe for her performance in The Mauritanian, she’s already planning on returning the shoutout! When asked if she’d thank Aaron in her own acceptance speech, she told Jimmy, “Absolutely. I may have to name the whole team. Davante Adams has to be in there somewhere.”