(UPDATE 2/23/21) Matt James released a lengthy statement condemning Rachael Kirkconnell’s past racist actions, as well as Chris Harrison’s defense of them. “It is important that I take time to address the troubling information that has come to light since we wrapped filming, including the incredibly disappointing photos of Rachael Kirkconnell and the interview between Rachel Lindsay and Chris Harrison,” Matt wrote. “The reality is that I’m learning about these situations and real time, and it has been devastating and heartbreaking, to put it bluntly.” See his full statement below:

Just days after Chris Harrison announced he was “stepping aside” from The Bachelor franchise, former contestant Rachel Lindsay revealed she hopes the host will “educate himself” moving forward. The reality TV star sat down for an exclusive interview with HollywoodLife on February 15, and opened up about her reaction to his multiple apologies. “I’m happy to see that he’s getting education to be more productive and more profound in his level of understanding in regards to this issue. I’m happy to hear that, and I’ll be one of the many that’s going to sit back and wait and see what happens with all of this,” she told HL while also discussing her philanthropic work with Nicklaus Children’s Hospital.

The longtime host shared a lengthy Instagram post on Feb 13, after he made headlines over his controversial comments during an interview with Rachel on Extra. The pair discussed season 25 Bachelor contestant, Racahel Kirkconnell, and the controversy surrounding resurfaced photos of her attending an Old South-themed party in college. “I have spent the last few days listening to the pain my words have caused, and I am deeply remorseful,” his first apology read. “My ignorance did damage to my friends, colleagues and strangers alike.” 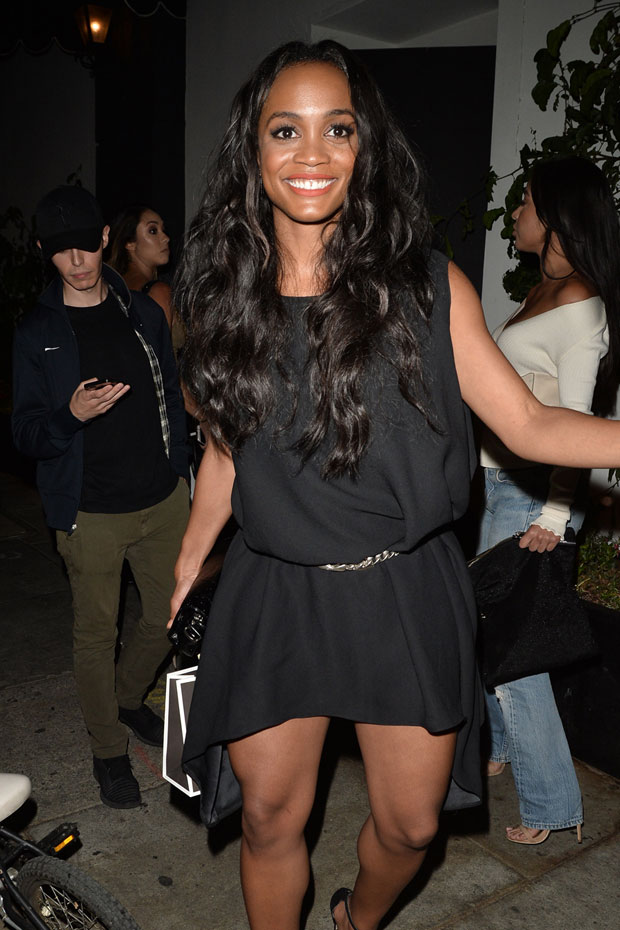 Chris then shared a second social media apology, which “shocked” Rachel. “When people were sending it to me I was like, ‘Wait, I already saw this.’ But good! Good! Continue to apologize. Continue to recognize the wrong in the situation,” she said. “It is an apology. I’ve said this before. It’s the bare minimum and it’s our job to hold people accountable for the things that they say. If I’m reading the apology right … he’s going to hold himself accountable. It’s great.”

Rachel also revealed that Chris reached out to her to apologize personally, before releasing a public statement. She hopes he continues to “make steps” towards moving forward. “It’s more than reading. It’s more than watching a documentary. It’s really getting there with people who have gone through these experiences,” she explained. :People who have been there, who can explain things for you, getting out in the community and seeing what’s going on, seeing the impact that racism has had on our society.” She added, “I’m excited to see what happens next. I’m glad he’s taking the steps to move forward.”