Every relationship – be it ‘friendship, a love’ or in between – has its twists and turns, and these challenges are captured on ‘Traductor,’ a new team-up between Big Soto and his fellow Venezuelan superstar, Lasso.

At the start of “Traductor,” the video for Big Soto and Lasso’s epic collaboration, the two are far from home. Instead of in their native Venezuela, the two wake up in the middle…of Egypt? It’s unclear if they’re out in the desert because of some Hangover-style shenanigans or what, but when faced with the situation, they make the best of it. After boarding some conveniently nearby camels, the two engage on a buddy road trip back across the Egyptian sands. Joining them are a series of CGI giants, spaceships, and technicolor hieroglyphics in the sky.

“‘Traductor’ is a song that talks about relationships in general,” Big Soto tells HollywoodLife. “It can be a friendship, a love, whatever, and it reflects what the differences in relationships would be. It’s how ‘I love you, but I don’t understand your way of love, I do not understand your way of thinking, but still I love you,’ a combination of pop and hip-hop rhythms, which makes you want to sing and dance. It is a song that can easily and humorously be dedicated, it has the identity of both lasso like big soto, two totally different worlds and at the same time the perfect combination.” 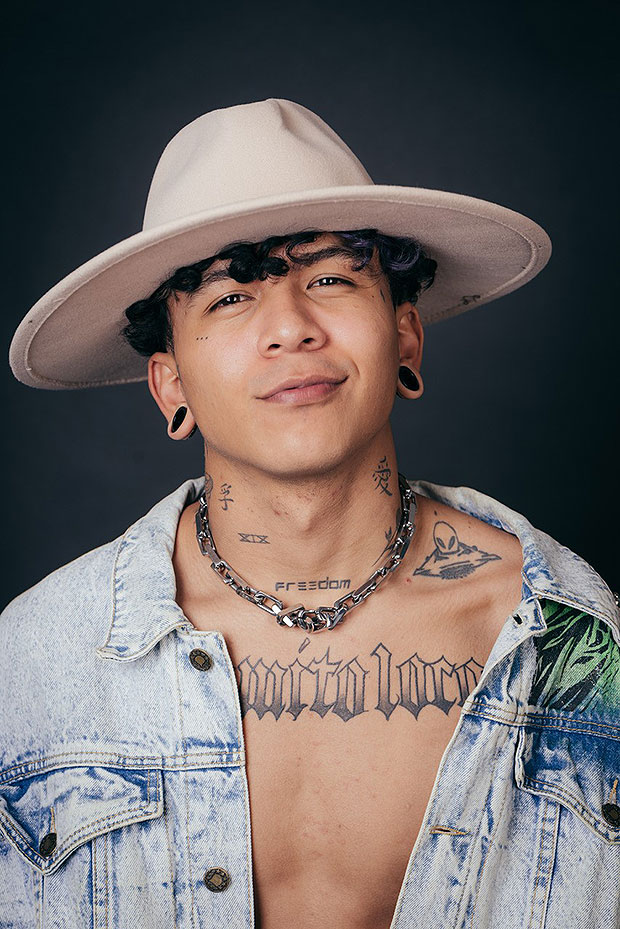 Taken from Big Soto’s The Good Trip album, “Traductor” follows “Vacile,” a collaboration with Puerto Rican rapper Faruko and Kobi Cantillo. Released in December, the video has already amassed over 12 million views, but after the year Big Soto had, that’s not surprising. Christened one of the breakout Latin Urban stars of 2020, Big Soto continued to build on his reputation as a pioneer of Latin trap by teaming up with Bizarrap for Big Soto: Bzrp Music Sessions, Vol. 28, a mixtape that has amassed over 26 million views on YouTube and over 12 million streams on Spotify.

On his own, Big Soto found success with “Perdon Mama,” a song that has over 25 million views on YouTube. With those kinds of numbers, it won’t be long until Big Soto becomes the next big thing in the U.S. music scene. It’s a good thing he won’t need a “traductor” when he arrives. After all, music — and love — is universal.